Chemtrails are the Ultimate Betrayal to mankind! Alix Longman Interviewed 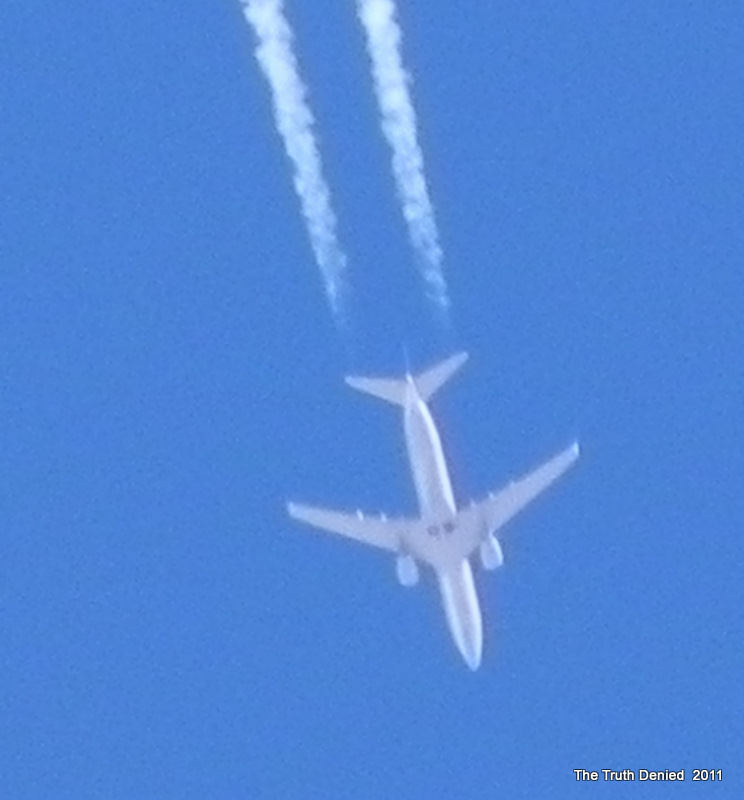 WAR IN OUR SKIES?

What is a chemtrail and what are the effects of geoengineering on our planet?  Can anyone prove that chemtrails really exist? This has been the conversation amongst environmental activists for over a decade, and the discussion is getting heated beyond comprehension. Chemtrail  grids can be seen in our skies across the globe; you know those white ‘jet contrails’ that cover the skies from horizon to horizon? These are not just lingering jet contrails that are causing global dimming and are associated with a plethora of health problems. These heavy metal dumps are better known as Chemtrails or geoengineering, and they are lethal!

The fact is that lung diseases are cropping up everywhere and are some of the most common medical conditions worldwide. Tens of millions of people suffer from lung disease in the U.S alone, and though the AMA claims that “genetics are responsible for most lung diseases”, yet most alternative health practitioners would disagree. Other health concerns include Alzheimer’s disease, which is the sixth leading cause of death in the United States with more than 5 million Americans suffering from the disease. A government survey of parents says 1 in 50 U.S. school children has autism, surpassing another federal estimate for the disorder. All of these disorders have one element in common, heavy metal poisoning!

What goes up must come down!

Chemtrails/geoengineering, whatever you want to call it, is heavy metal toxins that are being dumped into our atmosphere. You may ask ‘why’? That is a good question.

“There are all kinds of things going on with these Chemtrails. I think these Chemtrails are outrageous. They don’t belong in our sky. …We don’t need this kind of dosing the population with unknown chemicals, and messing up the body metabolism. I find it very reckless.” ~ Dr. Rosalie Bertell, May 3, 2005. Author: Planet Earth: The Latest Weapon of War.

The  beat goes on, and our guest Alix Longman  of the UK answers the hard questions in this 2 hour interview. Please listen and pass this information on to everyone you know!

Listen to the entire program here with guest Alix Longman!

What can everyone do to help? Here are some suggestions from Chemtrail Project UK!

The DIRECTIVE To Ban Geoengineering – 3 links

NB if you have any problems downloading, try using Firefox as your browser

‘Public awareness of SAG has been deliberately suppressed and now manipulated.

“P – Involve general public because a) they pay for it, b) they have the power to stop it. Keep them informed on what GE (geoengineering) is for, but don’t necessarily ask their permission.” (see screenshot below taken from https://docs.google.com/viewer?a=v&q=cache:kaIj6boPVFQJ:www.srmgi.org/files/2011/09/Tuesday-Plenary-Goals-Concerns-and-Principles.pdf+http://www.srmgi.org/files/2011/09/Tuesday-Plenary-Goals-Concerns-and-Principles.pdf&hl=en&gl=uk&pid=bl&srcid=ADGEESgyKg-sFIgaJK-ReuLRIx-TUHwkN20kjIXso3mKYoDdylNJH-yKQP9gSr7TASdwMpjL_hRHTtoPhdoC9UCrah466WvwyZynNDQfso4VJHk71IAEqPDcejrGP9JeSpEkpvI_1LaE&sig=AHIEtbSoh8A5Fhmwh4cQAGA_df12nnmYbQ

2013: NASA is now predicting contrail formation on the basis of above 80% humidity:

Recommendations: How to test for Metal Poisoning?
1. Find a reputable lab or doctor that you can TRUST!

2. When you fill out  a form , please  be sure to check  all the boxes for any of the  metals you want tested.(otherwise the doctor/lab will not test for specific metals) You can either  request  a blood test or a hair sample: your doctor will instruct you further as to specific requirements for testing.

3. We have successfully worked with Dr. Wil Spencer for testing, diagnosis and treatment. Please refer to his website if you wish to proceed with him. (The Truth Denied is in no way financially or otherwise connected to Wil Spencer other than referring him because of his proven track record and reliability.)

TESTING RAIN WATER IN THE UK

“To scientifically test and record the exact amounts of Aluminum and Barium Strontium, Manganese, and the PH of the Rainwater of every Constituency in the United Kingdom. We will then send the results to the corresponding MP with the Directive and petition demanding the enactment of the “Unified Atmospheric Preservation Act” to ban the geoengineering of our skies with toxic chemicals. Your postcode and the results will be posted on a map.”

“Vocal Coach Alix Longman has over 25 years professional experience as a performer and vocal technique coach and consultant in London, New York and Australia. Her skills as an actress, singer, director and writer have earned her numerous credits in film, television and stage. Concurrent to her performing career, Alix has taught her unique vocal technique to countless people in and out of the performing arts enabling them to reconnect to their vocal confidence in speech, singing and presentation. Vocal Confidence simply exposes the fallacies of conditioning that sabotage people’s vocal confidence and is therefore uniquely fast, accessible and also fun!

Early in 2011 – Although I’d been peripherally aware since 1994 when I first went to the USA from Australia and I immediately noticed what appeared to be military gridlines in the sky – upon enquiring why the airforce were spraying, I naively accepted the explanation given to me – ‘vapour trails show up more in the Northern Hemisphere’.. Flash back to 2011and the big kick to awakening was discovering the existence of WT7 – so down the rabbit hole I went, dropped everything and voraciously searched for the truth..and like so many before me intuiting something wasn’t right all my life with the world, I finally discovered an alternate history about everything I’d never been told.. My first foray into activism was simply making my own clip of one day’s chemblitz in London Dec 6th 2011 for youtube

In late 2011, I connected with another concerned woman who had taken the initiative to begin sourcing labs to do rainwater testing and had created Chemtrails Project UK. We became co admins together there and early in 2012 after realising the countless efforts to write to local representatives were falling on deaf ears.. we decided to change tack and we created The DIRECTIVE to MPs to Ban Geoengineering which has had over 3,500 downloads and been kindly shared on many alternate websites and been endorsed by Pernilla Hagberg, the Swedish politician who came out about the illicit aerial spraying of our skies last year. None of the well known trolls have managed to debunk the Directive.. but of course as the Directive rose in popularity we also attracted an escalation of attacks.. My voice coaching website suddenly began to have all sorts of military, banking, chemical and corporate IP addresses from all over the world hitting on it.. culminating in the Whitehouse… “

One thought on “Chemtrails are the Ultimate Betrayal to mankind! Alix Longman Interviewed”