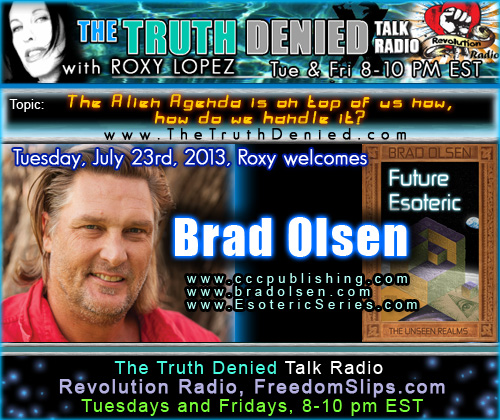 Discussion on the program tonight:

These are just some of the Secrets that Brad Olsen discusses in a section of his book “Future Esoteric.”

In the end , Brad says one of the solutions for mankind is to  “Know Thyself, tell the truth, and be the best person you can possibly be. It’s simple. Think positive, and most importantly, provide service to others!”
Again, thanks buddy! Always sound advice and suggestions for us all!

Listen to the show here!

About the Author Brad Olsen

Other interviews with  Brad Olsen that may be of interest to you: