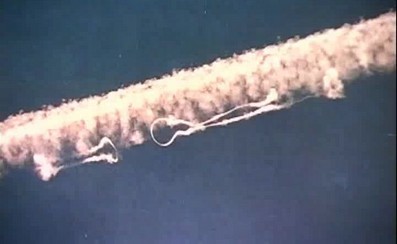 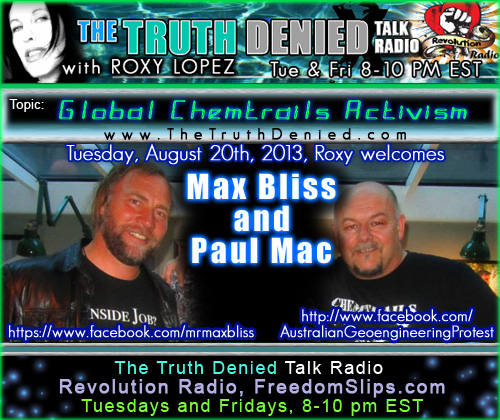 The War against Chemtrails is not what you think it is at all! It has become a fairly peaceful, enlightening, and respectful movement which provides information from a multitude of government and weather modification websites to the general public. If you are an activist, then it’s about hard work, it’s about taking it to the streets, and educating the public one by one if you have to. It is about fellowship and meeting friends all over the planet. The supposed chemtrail conspiracy, similar to the UFO Disclosure that never seems to happen, is one of the world’s best kept secrets! What is mind- boggling though is that chemtrails are being sprayed right in front of us on a daily basis, you can SEE THEM! That’s right, hidden in plain sight so to speak! So why can’t we seem to stop them? This is where the rabbit hole gets a bit deep, and where most activists get a whole lot of mud on their shoes!

Our guests this evening are Paul Mac and Max Bliss who are activists against  the use of  global chemtrail and geoengineering programs, projects such as SRM (Solar Radiation Management) and SAG  (Stratospheric Aerosol  Geoengineering)  as well as weather modification programs to alter , control, and augment the weather. The problem with any of these programs is that they are all SECRET, and governments of the world refuse to answer any questions for the public, instead they  use that aged old card called ‘plausible deniability’. How old is this getting right? Fact is, people like Paul and Max are handing out information daily to the public, and guess what? The public is actually getting a bit savvy on the matter and new groups of activists are forming daily. It is a growing movement that has now begun to utilize government documents to achieve the proof needed to convey a dark reality to the public which is “Being sprayed with Nano toxic metals that cause numerous diseases for both plants and animals, is NOT OKAY. To add insult to injury, the fact that this ongoing aerial spraying program is only in its infancy as an experiment, leaves the door open for a lot of questions like , Why are they spraying, who are they spraying, who is responsible for the multi agenda programs related to weather manipulation, and who is funding  these secret programs?

Last but not least, how can the public participate in getting these programs stopped?

Please listen to the interview to find out more about this very controversial subject matter of chemtrails and geoengineering.  If you have further questions, feel free to contact our guests (see below).

If you have further questions, feel free to contact our guests (see below). 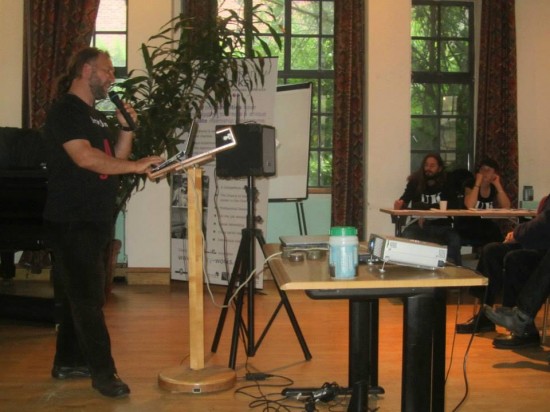 Max Bliss was born in 1969, in Brighton, England and says ‘I am an ordinary man, with my eyes opened in extraordinary times.’

Bliss joined the British Army straight out of school. After serving 2 years in the British Army and losing a close friend who was killed, followed by a cover-up, Bliss decided to go AWOL for 6 years. This is where he began to ask the question “What’s going on in the world?” Bliss is a world traveler, a construction worker by trade who spends most of his life outdoors, which is how he came across chemtrails in early 2012 which prompted him to film the aerial sprays and put the videos on YOU TUBE for the entire world to see! He began the “Chugaboom Chemtrails Awareness Tour”, and attends conferences in England with other environmental activists attempting to make a difference and create awareness for the public in regards to SAG programs. His group has even confronted the team at the Geoengineering Regulations Governance at Oxford University, as well as many politicians including the police force. His end result and current approach is to unify the community for the purpose of inspiring change in the world. ‘Change’ such as “freewill” and to usher in a real golden age for everyone, everywhere. 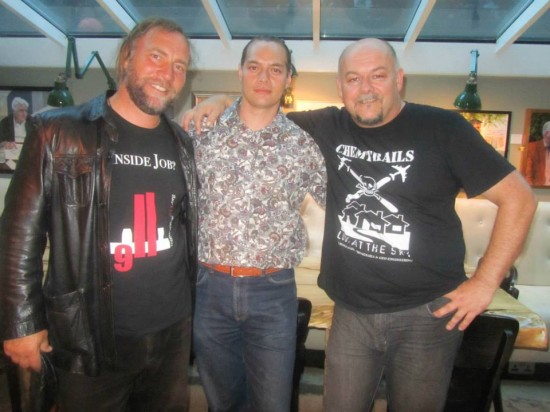 Paul Mac is a 46 year old Australian Geo-Engineering and Chemtrail activist whose motivation is to spread the word about what is going on around the world and educate as many people as possible regarding the toxic dangers to human and planetary life posed by large scale geo-engineering and stratospheric aerosol spraying. Paul is an activists and has teamed up with Max Bliss and other environmental activists around the world.

In support of Max Bliss, written by Paul Mac