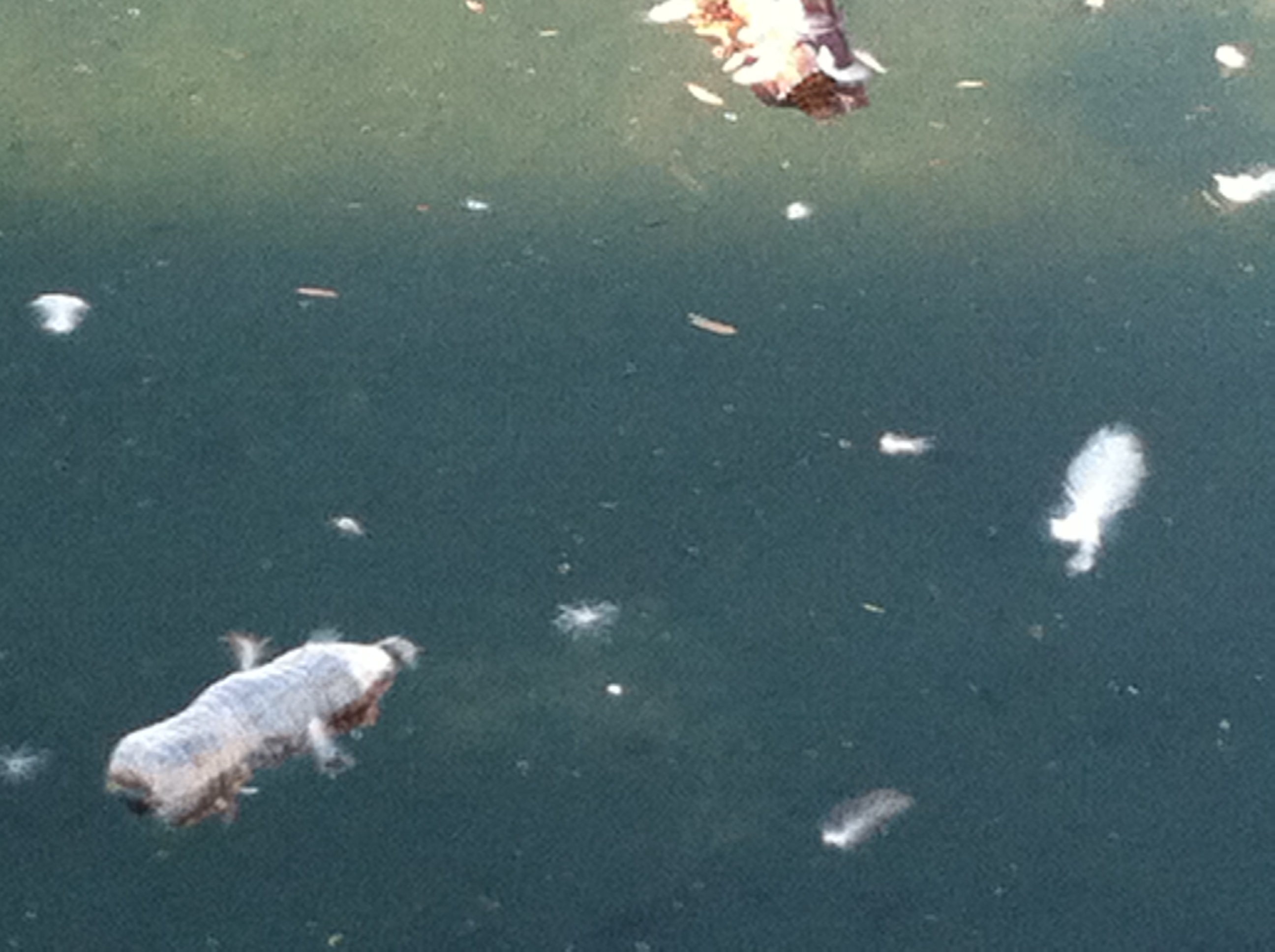 It’s official! California just hit an all time record  categorized as a  “ D-4 exceptional Drought“, implying  the worst drought  conditions that exist on record. State officials have determined that California’s history has been deemed a  Long-Term, which is  typically more than 6 months  (e.g. hydrology, ecology) , according to there website. 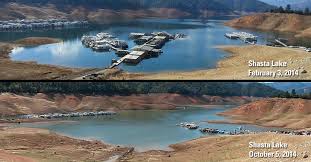 Hydrologic science can help citizens and communities prepare for and cope with drought in two ways – through drought planning, and in helping communities make the best day-to-day management decisions while the drought is taking place. 2014 comparisons TTD

ABOVE PHOTO: Lake Oroville, the largest reservoir in the State Water Project and the second-biggest in California after Lake Shasta, was at 50 percent of capacity on April 5, 2014.

Gov. Jerry Brown on Wednesday ordered mandatory water use reductions for the first time in California’s history, saying the state’s four-year drought had reached near-crisis proportions after a winter of record-low snowfalls.

Mr. Brown, in  Executive  Order  B-29-15  ,  has  directed the State Water Resources Control Board to impose a 25 percent reduction on the state’s 400 local water supply agencies, which serve 90 percent of California residents, over the coming year. The agencies will be responsible for coming up with restrictions to cut back on water use and for monitoring compliance. State officials said the order would impose varying degrees of cutbacks on water use across the board — affecting homeowners, farms and other businesses, as well as the maintenance of cemeteries and golf courses.

Questions from the public regarding the EO include concerns such as “What will this do to my water bill ?” as it has been proposed to raise the price of water, to “Was this a manufactured drought which in turn raises state  taxes as well as the price of water which ultimately  falls on the backs  of Californian’s while the water corporations profit from this type of legislation. Other California residents have suspected that GMO grower Monsanto may as well be involved  in this back door deal and soon be able to hike the sale of their well known  “drought tolerant  GE seeds”, to increase there profit margins.

Corporations create disasters as a means to increase profits as history has shown us all to often. So I disagree with the idea that the California drought is a false flag event, for the obvious reasons.

You may be asking, how does the government define a drought?
According to the US Drought  Monitor’s website, it is “ a unique, blending numeric measures of drought and experts’ best judgment into a single map every week. It started in 1999 as a federal, state, and academic partnership, growing out of a Western Governors’ Association initiative to provide timely and understandable scientific information on water supply and drought for policymakers.”

FLUSH OR NOT TO FLUSH, that is the question.

Some residents have reason to believe that the extreme drought in California  may very well have been manufactured. Observers look to the skies for leads that only seem to be creating more and more questions regarding  the ongoing weather modification programs as a possible culprit. Adding to the confusion of the  ongoing world-wide  debate as to whether or not these geoengineering programs are even in existence, history defines provisions and laws as proof of the artificial weather programs that are unfortunately  here to stay, regardless of the negative impacts both environmentally as well as socially.

(This essay is originally appeared in Peter Gleick’s City Brights blog on June 30, 2009.)

Secretary of the Interior Ken Salazar came to California on Sunday to hear firsthand about California’s drought. Unfortunately, some of what he heard was misleading or false. Certainly farms and farmers are suffering, so are fish and ecosystems. But so is the truth. Here are three oft-repeated falsehoods.

Myth 1: Farmers on the west side of the San Joaquin Valley are receiving “just 10 percent of their allocation this year.”

Myth 3: Farmers are bearing disproportional impacts of water shortfalls because of court rulings in favor of fish.

All three of these statements are false, and they’ve been shown to be false so many times that continuing to repeat them verges on intentional deception on the part of those who repeat them to gullible politicians or lazy reporters.

1. Farmers in the Central Valley get water from many places, and when one source dries up, another temporarily takes its place. In a remarkable letter sent by DWR Director Lester Snow to Senator Dianne Feinstein on May 15th, official data show that the major Central Valley districts will use at least 75% of their average water use by mixing sources, using stored groundwater, participating in water transfers, and so on. Not 10%. And the biggest moaner is the Westlands Water District. Yet Snow points out that they will apply at least 86% of their normal water. On the other hand, the San Joaquin Valley wildlife refuges will get 75% of its promised water, less than many of the agricultural districts. Some farmers get less than others in dry years because of their junior water rights — and they always have. Are they arguing to revamp the water rights system? That would be a worthy discussion to have.

2. The overall job problem is not a water problem — it is a result of a global and national economic crisis. Increases in unemployment are worse, by far, in non-farm industries. In Fresno County, unemployment today is substantially lower than it was just five and ten years ago and farm employment grew; non-farm employment shrunk. Indeed, the only sector showing increases in employment in May 2009 was the farm sector. In some of the hardest hit areas, unemployment is much higher — but it is always much higher. Unemployment rates in Mendota are above 30% now. But you know what? Nine years ago, unemployment in Mendota was 30%. Six years ago, it was 36%. The problem in Mendota isn’t just the current drought. The Central Valley of California has been plagued by poverty and lack of access to reliable jobs and basic services, like clean drinking water, for decades. Turning the pumps back on will do little, if anything, to address the systemic injustice that farm worker communities endure in both wet years and dry.
Figure 1. Fresno County civilian unemployment rate from 1990 to 2008, from the California Employment Development Department, Sacramento, California. While unemployment has grown in the past two years, it is far below what it was in the past decade.

3. It’s not the fish. Two months ago, DWR director Lester Snow testified before Congress that if there had been no court order to protect fish, CVP deliveries to the San Joaquin Valley would only be 5% higher. The problems farmers are facing aren’t due to the tiny portions of water offered up for ecosystems; they are due to a drought and a dysfunctional water management system that has been slowly collapsing for decades.

The longer misleading arguments and facts are put forth to politicians and the media, the longer it will be before a serious and effective solution can be found to our water challenges.

”   Water, not the Federal Reserve, will drive inflation higher…” 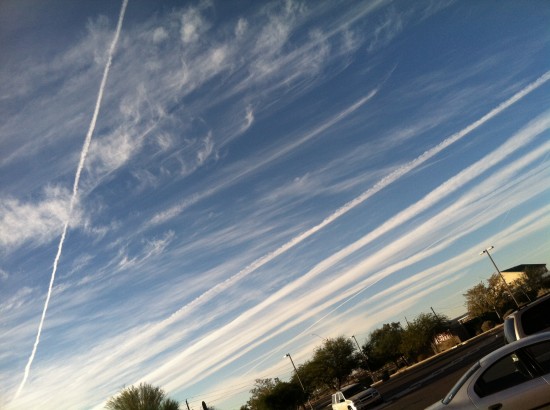 Geoengineering : Are they responsible for the droughts? Is this Climate Engineering at it’s worst? -Arizona 2014

“Disadvantages of Particular Agencies (1) The Reclamation Bureau is limited in geographic jurisdiction to the Western States. Significant amendment to its statutory authority would have to be made were it to undertake responsibility for weather and climate modification. Also, only one aspect of weather modification —precipitation augmentation—is related to the overall mission of the Bureau. These limitations do not extend to the other water, land, recreation, wildlife and mineral functions of the parent Department—the Department of Interior. ”

“….the continuance and expansion of research in the atmospheric sciences by the National Science Foundation, including its program directed at providing a satisfactory scientific basis for weather and climate modification and the maintenance of the National Center for Atmospheric Research as a basic research facility for this purpose; and (3) the conduct or support, pursuant to Executive Order 10521, of such basic and applied research…”

The National Science Foundation Special Commission on Weather Modification was asked to consider one aspect of the problem of environmental conservation and utilization. With the physical possibility of modifying the weather and climate already partly demonstrated, it is important to inquire: How by artificially inducing deliberate changes in the environment may man act to control or develop ‘Throughout this report the term “weather and climate modification” is taken to mean artificially produced changes in the composition, motion, or dynamics of the atmosphere, whether or not such changes may be predictable, their production deliberate or in advertent, or their duration transient or permanent.

California is officially experiencing its hottest year ever recorded.

“The Monitor is produced by a rotating group of authors from the U.S. Department of Agriculture, the National Oceanic and Atmospheric Administration, and the National Drought Mitigation Center. It incorporates review from a group of 250 climatologists, extension agents, and others across the nation.  Each week the author revises the previous map based on rain, snow and other events, observers’ reports of how drought is affecting crops, wildlife and other indicators. Authors balance conflicting data and reports to come up with a new map every Wednesday afternoon. It is released the following Thursday morning.”
Droughts are a complex phenomenon, the definition of which is difficult and
requires to consider climate, water and vegetation issues !

– A first discrimination is based on the temporal character of the phenomenon:
– A drought is a temporary reduction of water resources availability
– A aridity is permanent climatic condition with low seasonal or annual precipitation and high evapotranspiration
-A desertification is a long term and irreversible process of decrease or destruction of biological soil potential due to climatic and human activities factors (drought events can play an accelerating role)

How do you mitigate a Drought?

-Water transfers and use exchange 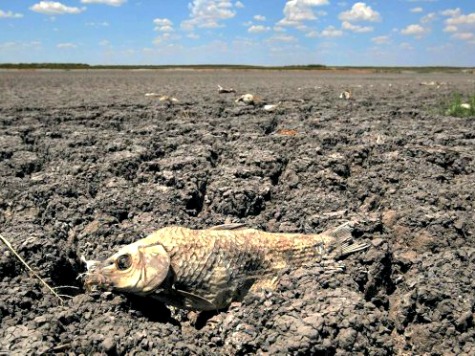 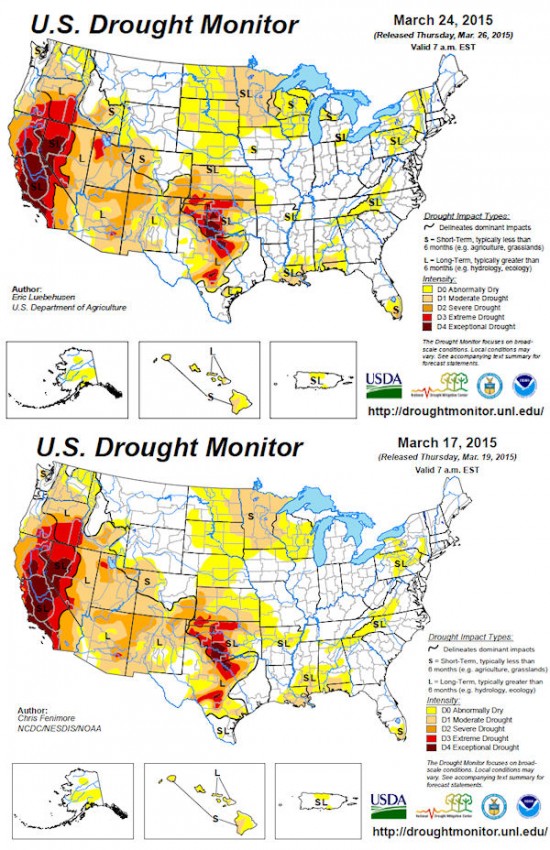 Some of the  regulations  issued by Gov. Jerry Brown last week include mandates for  urban water agencies to cut residential and business water use by 25 percent, which begs the question, why did California wait so long?

“I can tell you from California, climate change is not a hoax,” he said. “We’re dealing with it, and it’s damn serious.” Governor Brown 2015

All of this means that Brabeck’s future plans include monitoring and controlling the amount of water people use. One day, cities and towns may be forced by international law to limit each household to a set amount of water. People may have to obtain permits to dig wells or pay fines for collecting rainwater. Laws like these are already in motion in the United States. Learn more here:http://www.naturalnews.com/029286_rainwater_collection_water.html

Audio on Video courtesy of  THE CALIFORNIA REPORT  : http://audio.californiareport.org/archive/R201405091630/b

Mission: To expose corruption in an effort to kick start humanities critical mind and in turn, create the necessary changes required for a life of freedom. Humanity must elect common law recognition of the inherent dignity and of the equal and inalienable rights so that all members of the human family become the foundation of freedom, equality, justice and peace in the world, which should be forever known                                        as our Universal Humanitarian Rights. 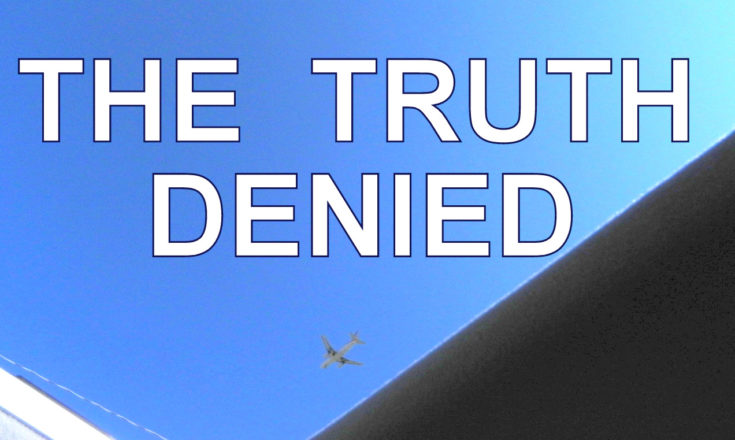 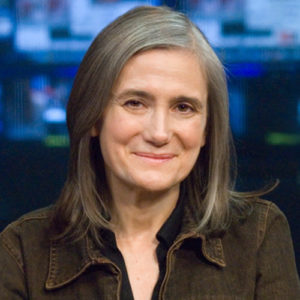 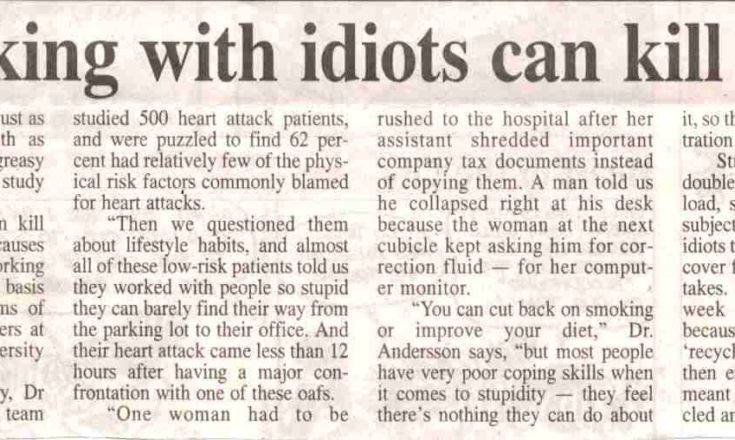