Why does NASA ONLY reveal B&W photos of the moon? 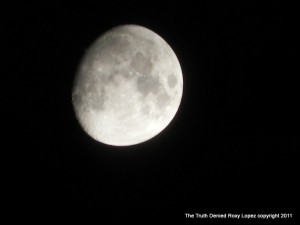 There are numerous mysteries about our moon and many questions have been raised lately.

COLOR PHOTOS OF THE MOON       NASA that validates this concern. First of all, let it be known, that after viewing many pictures from NASA, I have found that any details of each and every image will state IF the image was enhanced in any way and if it were just an artist’s rendition of that image. Thus, before I chose these pictures, I read through their detail descriptions to ensure that color was not edited into the image. If you have any doubts about image detail summary, go see them for yourself by sifting through NASA’s image gallery

The next question was “Why haven’t we had a manned mission on the moon since 1969?” Well, actually our final manned mission was Apollo 17 on December 7, 1972 to collect lunar samples and deploy scientific instruments. Still, it’s a good question, because it was our last MANNED mission there. Since 1972, it has been just satellites and orbiters, as far as we know.

Some say that we haven’t gone back to the moon because aliens have restricted us from doing so, and others have claimed that we have been building structures. Which leads to the next question: “What did we really find on the moon?” According to many different sources, there were already structures found on the moon. See this video here:
http://www.youtube.com/watch?v=XyYto9H85Gw&feature=share&list=UUEToPMxkKs9mVqVZQiezLYw

Furthermore, in 2009, it was discovered that there were water molecules on the moon. Also, in October of 2010, the results of the mission for the Lunar CRater Observation and Sensing Satellite (LCROSS) determined that the soil of some of the lunar craters contains useful materials, has a water cycle, and is chemically active. That’s about all that NASA has informed us about this!
Here’s the link: LCROSS Mission Results

In reference to the question of why we haven’t seen the far side of the moon or if we have, are there images, well, in fact, we have and here is one of the distorted images! Granted, this was from 1959.

This picture seems to have some more detail, but after more research, I realized that this picture came from the Apollo 16 from 1972. So, they must have enhanced it to get this kind of detail, right? After all, it was an older picture. It must have been edited.
However, the question remains unanswered for the most part, except for only this picture I found from Japan’s global survey of the Moon by Kaguya, also known as SELENE. CREDIT~JAXA/Kaguya
Moreover, here’s what was discovered from Kaguya’s tour of the moon. A probable reason why NASA hardly gives clear pictures of the Moon.
I haven’t found a definite answer to the last question regarding NASA’s future plans for the moon, mainly because of the space agency’s cut-backs. The 2011 budget was no longer able to uphold our Constellation program, but the space exploration program, Orion Crew Module, and the James Webb Telescope will remain on track through 2018. It has also been said that the United States will hire out other counties to fly our satellites and fly our crews to the space station. On the other hand, two of some of the initial goals for the Space Exploration in 2004 by US President George W. Bush was to continue our moon exploration “expand Earth’s economic sphere and conduct lunar activities with benefits to life on the home planet and to extend human presence to the moon to enable eventual settlement”~from the The Moon Mission of 2004
Whatever happened to that before the budget cuts?! Do you remember hearing about the fact that  they wanted humans to eventually live on the moon?! Moreover, they wanted to “conduct activities” that would benefit life here on Earth?! Did this mean that we were going to mine the moon?  Additionally, according to National Geographic, in 2006, NASA had major plans for moon bases, and the construction was supposed to begin 2020. See the link here: NASA’s Plans for Moon Bases
Well, in summary, some questions have been addressed, but more questions remain. When will we know the truth? Please, do your own research and don’t let this article be the only answer to your questions, as the mysteries about our Moon remain unsolved. Your comments are welcome, this is only MY research. Let us know on what information you found.
♥Much Love To You♥~The Truth Denied Team & The Soft Oracle
Credits: Japan’s Space Agency (JAXA), NASA. & The National Geographic
Listen to the interview with Jose Escamilla or visit more color photos of the moon here:   http://www.thetruthdenied.com/news/2013/07/03/film-maker-jose-escamillo-bill-bryson-and-sean-gautreaux-talk-moonrodsand-upcoming-films/
Please follow and like us:

20 thoughts on “Why does NASA ONLY reveal B&W photos of the moon?”