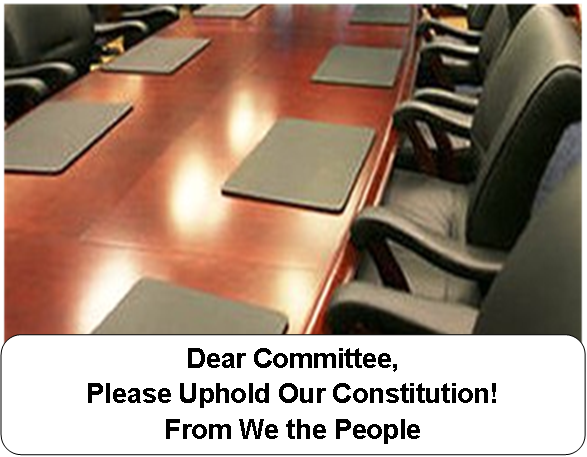 The National Defense Authorization Act passed in the US Senate on December 1st and is on its’ way to the Conference Committee. This Senate version is known as S.1867. The Senate wants to establish a commission of study on the U.S. forces in East Asia and the Pacific region. (FYI, the House version-known as FY2012 NDAA, H.R. 1540-was passed in May 2011.It included the $33 million in funding for Guam infrastructure projects.)

However, that’s not the point here! The Senate’s section of this Act gives the military power to detain “suspected” Americans for any amount of time they choose and without a trial. It also mandates military detention for anyone they suspect is a terrorist. In this act, there will be no court hearing, no “Due Process” and no “Habius Corpus”. Our rights are being ripped away from us! This is unconstitutional and tyrannical! Anyway, as of now, the bill is about to be reviewed and reconciled by a conference committee of senators and has also been referred to the House of Armed Services, the Senate of Armed Services, and the House of Homeland Security.

Do NOT let this cause any anger towards military individuals. This is about the politicians in office who want to pass this law!

Rand Paul discusses this in the video here:

2 thoughts on “The 2012 National Defense Authorization Act is Unconstitutional!”