Global Warming: Fake solution to fake problem, people have to pay the price

Do you think that reducing your  carbon footprint by sacrifying some of your comfort and all of your  freedom will will help the earth?  Really ? Think again. 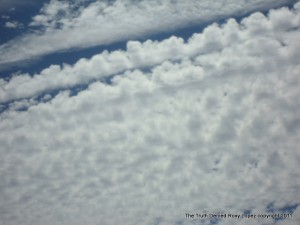 The website that belongs to Al Gore mentions these following solutions:

12 things you can do to stop global warming.

Some of these are logical ( I guess) and perhaps something we could all do , but some of this is really limiting our freedom and comfort. Do you think it is worth it  to drive less, or  to be cold in the dead of winter -or-  hot in the summer?

How long would you need to make these sacrifices?

And seriously folks, what will this actually change in the BIG PICTURE?

Would it get worse over time, again limiting  our freedom more and more as the months and years went by?

Is this even a solution ?

You also need to realize that the solution that Gore and others offer us have extreme side effects!

CFL Bulbs for example. Do you know that CFL Bulbs contain mercury? Why didn’t they bother to let us know this, as well how dangerous these bulbs are when we BREAK one of them? 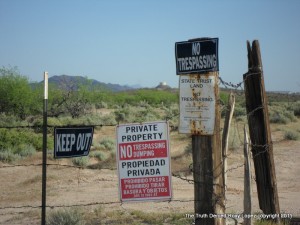 Converting from petroleum car to electric car is another. Consider this fact:
http://www.gapminder.org/videos/gapcasts/gapcast-10-energy/
In China today, almost 80% of the electricity is produced from coal, and that proportion is increasing. What China needs is an environmental-friendly way of producing electricity that is cheaper than coal.

What do you think will  happen when the majority  of the population in  China turns to electric vehicles instead of petroleum. Do you think their air will be cleaner with 80% of electricity powered with coal? And there is also significant energy loss while storing or using the energy in battery.

Green energy from solar panel:
http://blog.algore.com/2011/04/solar_surge.html
“Solar might soon be competitive with coal: “Solar panel installations may surge in the next two years as the cost of generating electricity from the sun rivals coal-fueled plants, industry executives andanalysts said.””

Do you really think that  solar panels would become a viable green energy source if the sky is covered with trails and man made cirrus clouds? It’s kind of a joke if you ask me!

What scientist think about trees:
http://www.sciencedaily.com/releases/2010/05/100503161435.htm
“So if we want to improve climate predictions, we need to improve the representation of land plants in the climate models. More broadly, it shows that the kind of vegetation that’s on the surface of our planet and what that vegetation is doing is very important in determining our climate. We need to take great care in considering what kind of changes we make to forests and other ecosystems, because they are likely to have important climate consequences.”

http://discovermagazine.com/1996/jul/plantsandglobalw832/
“Even worse, a new study says that the interaction of higher carbon dioxide levels with Earth’s vegetation could amplify global warming by as much as 50 percent. How could plants worsen global warming? The culprits, says biologist Jim Collatz of nasa’s Goddard Space Flight Center, are the tiny pores called stomata on leaf surfaces. Stomata allow carbon dioxide to seep into leaves, where it is used in photosynthesis, and they also let water out. Normally, when the sun heats up a plant, water inside the plant gets warm and evaporates out the stomata. But to cut down on water loss, stomata close when a leaf has absorbed enough carbon dioxide, and as carbon dioxide concentration goes up, they stay closed for longer periods of time. With stomata closed, hot water inside the plant can’t escape. The water heats the plant, and the plant in turn warms its surroundings. So the sun’s energy, instead of being used to evaporate water from vegetation, heats plants–and the rest of the planet.”

This is what they intent to do:
http://phys.org/news157619072.html
“Researchers at the universities of Leicester and Oxford have made a discovery about plant growth which could potentially have an enormous impact on crop production as global warming increases. Dr Kerry Franklin, from the University of Leicester Department of Biology led the study which has identified a single gene responsible for controlling plant growth responses to elevated temperature. The work has been published in Current Biology and was funded by the Royal Society and the BBSRC. The study has shown that mutant plants, deficient in the regulatory protein PHYTOCHROME INTERACTING FACTOR 4 (PIF4) do not display the dramatic stem elongation and leaf elevation responses observed in wild type plants upon exposure to elevated temperature.”

What about those Fuel cell vehicles?
The most efficient fuel cell vehicle is roughly  50%. It’s even higher than a  petroleum car which is  30%. But if you consider  fuel or hydrogen, it’s even worse! Hydrogen is made from water with electricity. Most of electricity generated in todays world  comes from petroleum, diesel or coal. Considering this then the efficiency of fuel cell is only 30% times 50% which is 15%, assuming that hydrogen electrolysis efficiency is 100%, which is not realistic!  In reality the efficiencies is between 50% and 70%, not considering the fact that the electrolysis to produce 99.99% hydrogen purity has much worse efficiency. It’s a broken wheel now isn’t it? In summary, fuel cell is a useless technology which is worse than current cars that run on gasoline.

Another example, mentioned on liveearth green guidelines:
They don’t like concert:
“Concerts and events, live shows and outdoor gatherings are an essential part of community life and have a positive effect on society. Unfortunately they can have negative impacts on the environment. Events generate garbage, use electricity, need ‘stuff’ to run them, along with lots of travel by the audience.“ 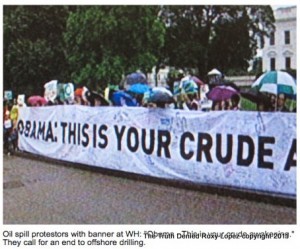 If you think that’s bad see what happend in Australia:
“The Prime Minister announced the Government’s intention to implement the Carbon Tax in February 2011. A detailed package outlining the carbon tax arrangements was subsequently released on 10 July 2011, confirming the carbon tax would be implemented from 1 July 2012.

The Carbon Tax will be paid by around 500 facilities that emit more than 25,000 tonnes of carbon dioxide per year, or equivalent (CO2-e). But whilst the majority of Australia’s 7.6 million registered businesses will not directly pay the Carbon Tax to the Government, the effects will flow through to manufacturers, suppliers and consumers.

Under the Carbon Tax arrangements, around 500 facilities will pay a fixed price on their CO2-e, however, there is no limit on the amount of emissions. Under the ETS the Government will set a cap on the total amount of emissions that can be released. Emission trading certificates may be purchased by the heavy emitters to trade-off emissions above the set limit.

The Government estimates that the tax will increase the cost of living by 0.7% in 2012/13, dominated by a predicted increase of less than 0.5% increase in food prices. Electricity and gas prices are estimated to rise by 10% and 9% respectively.”

In UK, people have to be ready to pay double for their electricity:
George Osborne’s CO2 tax will double UK electricity bills
“Osborne’s calculation in 2010 was that, initially, we would have to chip in less than an additional £2 per tonne to make up the £16 price. (The ETS price at that time was predicted to continue rising towards £40.) Since then, however, with falling demand due to the EU’s recession, the price of EU carbon permits has fallen dramatically. To reach the initial £16 level, the Treasury says we will now have to pay nearly another £5, making our electricity significantly more expensive. But since it made that guess the EU price has slipped still further, to well under £6 – leaving a gap of £10 a tonne to be made up by Osborne’s tax, rapidly rising every year thereafter.

Thus, to meet that tax level in the years after 2013, we in Britain will have to pay electricity bills soaring to a level far higher than any others in Europe. All this is to promote the building of thousands more heavily subsidised windmills, which will in turn require us to build more gas-fired power stations to provide back-up for the constant fluctuations in wind speed. And these will be paying Mr Osborne’s fast-rising tax on all the CO2 they emit, with the bill to be picked up by the rest of us on a scale which, within 18 years, could alone almost double the cost of our electricity.”

Manufacturers organisation EEF, which has called on the government to stick to its original estimate, has warned that a rise to £10 would push industrial electricity prices up a further 6-7pc and could cost the UK economy approximately an extra £300m.” 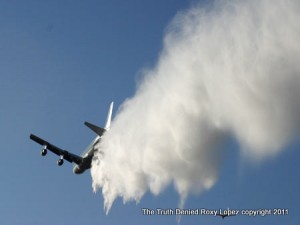 Would the government promise that the situation will get  better after demanding such sacrifice from their people?

If you really want to make a difference and you really want to improve your weather, then please do something about those trails and man made clouds or haze that floating on your sky. There is a solution called an orgone device, that when you do it correctly, you will prevent the formation of man made clouds and at the same time get better weather.

I have already done it with cemenite. I get better weather after I try to prevent man made cirrus cloud. I wish you could do the same.

One thought on “Global Warming: Fake solution to fake problem, people have to pay the price”