A recent Truth Denied Talk  Radio show  mentioned one possible solution for both  water shortage and as well as  flood prevention. The guest stated:

In his own words, Jack Smith stated that:

~“What if we built underground dams, about a mile wide, a mile deep and a mile underground? The water from the flooded area would be siphoned into tunnels that would connect to the underground reservoirs, where it would be processed into usable water for farms, human, and livestock consumption,” he said. “This would save water and prevent the towns from being flooded again.”~

However, according to a ton of public  information from our government, catching water in some states is flat out  illegal. Regulations may forbid  us all u from collecting water on our own property, especially surface water. What is the logic behind this move , you may ask?

Oklahoma have almost the same restriction:

“To summarize, the state’s property ownership law dictates the following about ownership of water:
– Diffused water, i.e. water flowing over the surface of the earth and not forming a definite stream, is owned by the owner of the land. There are no statues that specifically apply.”
http://www.owrb.ok.gov/supply/ocwp/pdf_ocwp/WaterPlanUpdate/joint_committee/WATER%20LAW_MANAGEMENT%20IN%20OKLAHOMA.pdf

“All water in British Columbia is owned by the Crown on behalf of the residents of the province. Authority to divert and use surface water is obtained by a licence or approval in accordance with the statutory requirements of the Water Act and the Water Protection Act .

In British Columbia, simply having access to surface water within or adjacent to property does not authorize a right to divert, use or store water.”

Rainwater harvesting is now legal in the state of Utah, starting May 11 2010. Senate Bill 32 was approved in the 2010 session that provides for the collection and use of precipitation without obtaining a water right after registering on the Division of Water Rights web page (waterrights.utah.gov). There is no charge for registration.  http://www.waterrights.utah.gov/wrinfo/faq.asp

You would  also need to obtain permission to drill a well or may have to purchase your water  rights in order to actually  to use the  water:

Some examples:
“You must own a water right to divert and use water in the State of Utah. Water well drillers are licensed and cannot drill a well unless permission to drill has been obtained from the State Engineer. You must determine if your area is open, restricted or closed to new water rights. This will determine which application you need to file.”

“I understand I need to buy a water right. How do I go about it? Answer: Water rights are classified as “real property” in the state of Utah and are bought and sold much like real estate. Many real estate agencies will have listings for water rights much as they do for properties.”

There is a recent example of man who was arrested and jailed  for collecting rain water:

“A rural Oregon man by the name of Harrington was sentenced Wednesday to 30 days in jail and over $1,500 in fines because he had three reservoirs on his property to collect and use rainwater. According to the article, it states that

“Harrington told CNSNews.com, however, that the 1925 law doesn’t mention anything about colleting rainwater or snow melt — and he believes that he has been falsely accused.

According to Oregon water laws, all water is publicly owned. Therefore, anyone who wants to store any type of water on their property must first obtain a permit from state water managers.”

Also read:
PM accused of ‘tricksies’ over water rights
“The lawyer for the Maori Council this morning accused Prime Minister John Key of “tricksies” when he had told the public no-one owned water. During an at-times impassioned submission Felix Geiringer said Key’s claim was “meaningless” and was an error of law.”

It is unfortunate that water is not free. You don’t own them. You can use them only because your government give you their permission. Rain water that fall to your land may not belong to you anymore.

Water is not a human right. 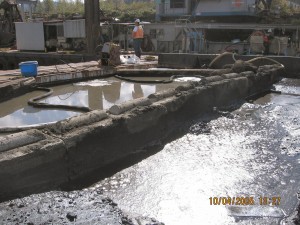 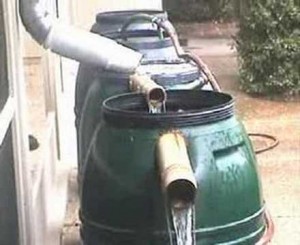 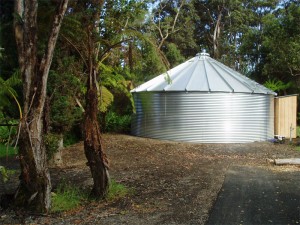