Our Guest : Derwin Sherwood of The GIC

Bio
“My name is Derwin Sherwood. I am an administrator for the global illumination council and have been working with them for four years. I have  been a pagan for 12 years and a devout Gaian for 5 years.  My goal these days is to tell the world about the wonders and magic of nature, the evil threatening it, and what we can do to help Mother Nature herself and the lives of our selves and our fellow beings on earth within the process of the ascension. “

Topics for the show today included:

Cleaning up the Earth

Respect for Mother Earth as a living Being

Derwin’s contribution to the GIC

What did we discuss on the show today? Here are some interesting facts! 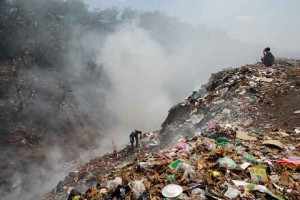 Background:” I am an administrator for the Global Illumination Council and have been working with them for four years. I’ve been a pagan for 12 years and a devout Gaian for 5 years.  Now I guess I’m  a blogging whistle blower……………..

Why do I care about what I care about?  Because I worship Gaia. And it’s the right thing to do. Preservation for future generations, teaching my children right from wrong,

Recycling
I’ve heard that paper pulp generally goes to news papers and then the rest is put into dunes at beaches and goes to nature filler when reconstructing resource ravaged areas,trash it and keep $.

Some towns are trashing the recycling opting out of paying to sort it, and keeping the money you pay for the service of recycling, which is thievery!

In Boone, NC where I lived for a decade, it is know that if you don’t know what to recycle, don’t. Unsorted recyclables goes to trash and if you put ne bad pizza box in with good card board, or past board with cardboard, or even dirty plastics, they throw away the entire lot rather than sort it. Old plastics don’t often become new plastic.

There are so many things that we can recycle things into. Glass and plastic and paper can all be reused as the same thing. But it rarely is. It’s a matter of time, purity, and cost. There are so many wonders of recycling that we don’t implement in our society while telling cities and towns “we can do this and this and that!!!”
Nuclear and oil vs. wind water and solar:

The people have spoken and they don’t want nuclear power. We want renewable resources! But the Illuminati wants to pollute the earth. Have you seen The Lorax or total recall? They want to charge for air!……………………….”  ~Derwin Sherwood