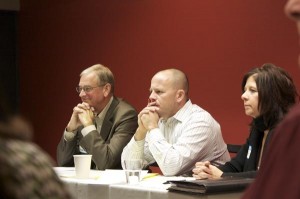 APS refers to it as the “costs of efficiency“. They claim that they have helped their customers save money on there electric bills by methods such as rate plans that fit every families lifestyle. They have offered solar incentives, rebates, and have even educated customers about how to conserve energy. The GOOD NEWS! It worked, Arizonan’s are conservative energy residents. The BAD NEWS! Arizonan’s , according to APS and SRP, are doing such a good job at lowering there bills, that the companies are demanding a “lost-fixed-recovery -fee”, and Arizonans are paying for it!

1-18-2013 APS (an Arizona Utility Company)   announced today that customers of the Electric Corporation may “opt out of the hike, which is a surcharge of .38 a month for the average customer. The caveat to this is , “the  customers will have to also opt out of there utility plans and end up electing to pay more per Killowat usage.”

Representative Campbell  said it best, as well he wants to look into this.

“I think its concerning when you have a company like APS or SRP that has a captive audience, no competition and they’re coming down to elected officials asking for a rate hike, then they turn around and use that money to self-promote themselves, I don’t understand what the end game is here and I think consumers should be very concerned about this,” ~Rep. Campbell.

The Facts are not so easy, and the “monopolies ” known as SRP & APS are actually not telling the whole truth to the Utilities Commission.And it’s not  just happening in Arizona, so anyone in the country (who has an electric bill)  really needs to pay attention to  the laws that are being passed through your local  Utilities Boards , and fight them!

Both utility companies have recently had to explain huge advertising costs, in the millions of dollars! Fact is they are both monopolies, so why advertise? It’s not like the customers have a choice of  which Electric Company they would like to sign up with right?

For instance, The University of Phoenix Stadium is home to the Arizona Cardinals and the Super Bowl in 2015.On  Thursday an SRP board will discuss giving a million dollars in services and contributions to the Super Bowl Host Committee. Why? And folks are  wondering if it’s “a good idea for the nonprofit utility to use customer funds to help  fund the Super Bowl.”

“There’s no competition between utility companies SRP and APS. They are utility monopolies. Over the years, you may have noticed your utility bill going up. Both APS and SRP have had rate hikes in the last 2 years. SRP just raised their rates in November by 3.9 percent.But where it that money going? FOX 10 found millions are being used on commercials and billboards.”

And what about that  SRP banner at the Cardinals game or the  APS flag at the Diamondbacks game? ” APS won’t reveal what it pays for sponsorships because they’re paid for by shareholders.”

Now if you really want to get the run around, check out the proposed Lost fixed-cost recovery fees coming up in 2013. The bottom line is APS customers are going to have to  PAY  for  being  Energy Conservationists! Paying  more money for using less. Check out this story here, it really explains it ALL.

In 2011, Arizona’s were gauged with new a  fee for APS residential solar users, once again being penalized for being conservative!

Arizona, are you going to fight back?

Or just kick back, turn up your central air, and pay the price no matter what!

The choice is yours!  Or is it?

RECYCLE YOUR OLD REFRIGERATON AND SAVE $100

As you begin your new year, why not start off fresh by getting rid of
an old, inefficient refrigerator or freezer? The energy efficiency of
refrigerators has increased dramatically over the past decade, so an
older unit could be using three times as much electricity as a newer
model, costing you an additional $100 a year in wasted electricity.

Through the APS Refrigerator Recycling Program we will haul away your old
refrigerator for free and recycle it at a local recycling plant that
uses a state-of-the-art patented process to recycle 95% of the
contents. Learn more and schedule your free refrigerator pickup at aps.com/turnitin
<http://lm1.mailer.aps.com/t/6272/29592703/1004/0/?u=aHR0cDovL3d3dy5hcHMuY29tL3R1cm5pdGluP3NvdXJjZT1uZXdzMDExMw%3d%3d&x=e93cfd88>, or call toll free
(877) 514-6654 to set up your appointment by phone.

Have I made my point yet??????? They are pushing the GREEN, and making you and I pay for there new industry, which by the way is all tied into the Global Warming scam! I fight them one day at a time!