Alien Mind Control, what is it and can it be stopped? 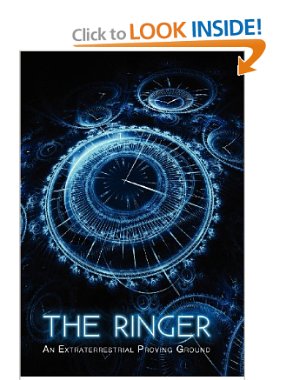 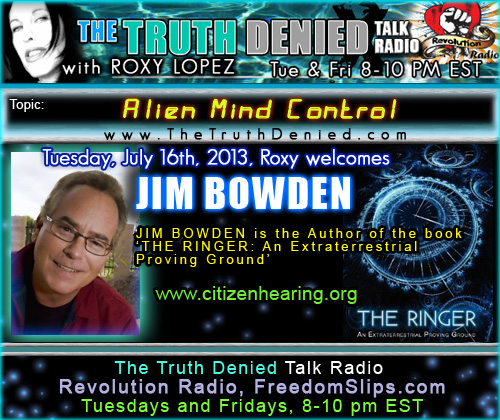 Guest: Jim Bowden is the author of the book entitled THE RINGER:An Extraterrestrial Proving Ground

What did we discuss with our returning guest this evening?

Sleep Texting: What is it  and why has this become a concern to Jim Bowden and others?

Alien Influence vs Alien Possession: We should all know the difference so that we can recognize it in others.

FEMA Camps: Are FEMA camps part of an alien agenda? Why do we have these 1100 known camps in the USA? What are there intended uses?

The Supreme Court: Are they too under an alien spell?

Handcuffed Suicides: Is this a form of police brutality and if so, alien mind control may be at play here?

Worldwide Collapsed Buildings : Why and how are these buildings collapsing all over the world, when they are

structurally  sound as well as collapsing randomly with no explanation, killing thousands of innocent people?

Pictures vs Words in The Age of Aquarius

Listen to the entire interview here! Many questions were taken from the listeners as well!

During the show, we touched on BUSH, and here are the photos we were referring to, you be the judge:

Author of the book THE RINGER: An Extraterrestrial Proving Ground

In April of 2012 Astronomers Paul Davies and Robert Wagner who are affiliated with Arizona State University, filmed five large UFOs flying over the surface of the moon. Even though Paul Davies is a theoretical physicist and a cosmologist who is now involved in astrobiology, and Robert Wagner is affiliated with ASU’s School of Earth and Space Exploration, U.S. mainstream media did not consider this scientific research to be newsworthy. While scientific discoveries of this magnitude should be front page news, they are purposely buried, preventing any educative knowledge regarding extraterrestrials. People are encouraged to trust their eyes and ears regarding every material object around themselves except UFOs. While a plane certainly looks like a plane and a helicopter looks like a helicopter UFO’s have been socially controlled and are seen as anything but a UFO within the United States. We have been conditioned to dismiss the global extraterrestrial aerial phenomenon while the idea of an extraterrestrial presence is still ridiculed. This book examines how extraterrestrials can and do mentally influence people. If you haven’t been abducted or been in contact with extraterrestrials, you may find this book shocking. For those who have had contact with extraterrestrials, you will understand.

3 thoughts on “Alien Mind Control, what is it and can it be stopped?”