ALIEN STARSHIPS hidden in plain site around the sun! 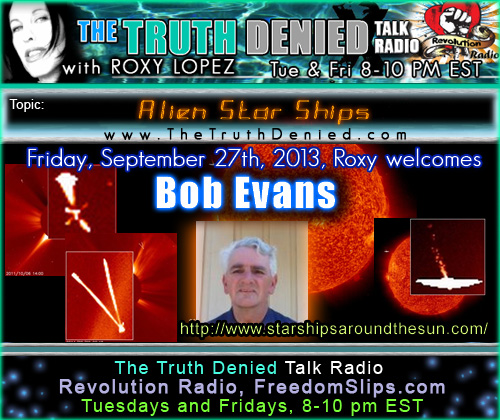 ALIEN STAR SHIPS hidden in plain site around the sun!

Guest tonight is Robert Evans. Robert shows us the proof in clear and concise  untouched  photographic evidence that planet earth is surrounded by star ships, some of them appearing to be  as large  as the entire planet earth. This is astounding to view! Keep in mind that the SOHO photos that you are viewing  are of the sun which happens to be roughly  300 times the size of earth!

When you listen to the show, please be sure to go to Robert Evan’s website , click PHOTOS so that you can follow along with us! I promise you, you will NOT be disappointed!

Listen to the show now! Follow along  here: http://www.starshipsaroundthesun.com/

Yes, Alien Star Ships hidden in plain sight, and no one knew they were there … Unless you were one of the fortunate to wonder over to the NASA SOHO Web Page and saw one of them accidentally. But how many people would be doing that on a regular basis? And once you saw something, who would you ask? What would you do? Where you even sure it was an Alien Star Ship?

To be honest, unless you went there every day, and spent plenty of time watching all of the images from each of the cameras, neither would you.

I have been gathering these images since 1998 from friends who were also watching the same images, but did not know what to do with them. I, like them, kept right at it until August 23, 2013 until NASA-SOHO banned all public access to the SOHO Real Time Data. On August 23, 2013, it was recorded that 10 Alien Star Ships entered our System. NASA-SOHO opened the sight again to the public on August 28, 2013, and that was when the fun started … NASA-SOHO was now faking the images!

Faking the images you say … Do you have any proof you ask?” 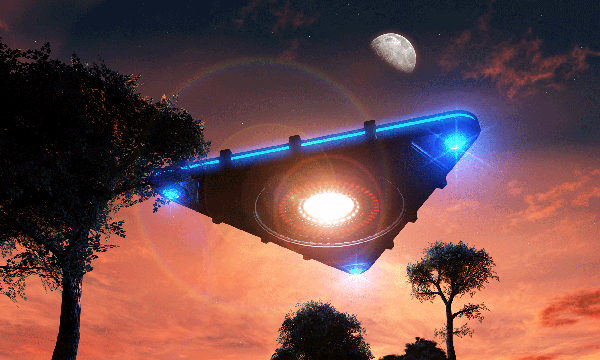 Sites mentioned during the show

2 thoughts on “ALIEN STARSHIPS hidden in plain site around the sun!”