Have you ever wondered to yourself, “Hey , it’s 2014! Where the heck is the free energy they have been talking about since Tesla and Einstein”? Well you are not alone!

This article will attempt to explain the current state of the implementation and replication of free energy devices. Free energy is always an interesting topic for those who wish to obtain either free energy or cost effective energy, an energy independence technology. There are a lot of free energy devices out there and you can even build some of them for a few dollars. But hey, it’s all trial and error. So we have set out to give you some hints to help you save some money!

This article addresses popular free energy devices that have already been replicated and tested by folks just like you!

A good website that explain development of energy research and reveal some scam with a logical explanation:
Revolution-Green – Breakthrough Energy News

In this article, the term “free energy device” means:

I have added other definitions as well because a true 100% free energy device is pretty rare. To be clear, a machine that can produce EXTRA energy for your money should also be considered in this category. For example, if your car gets 25 MPG, but you add something to the car that gets you 40 MPG, then you just gained 15 MPG of free energy.

I will give a classification of the succesess and the failures of free energy device implementations. This will be completely subjective, based on my own experience and understanding. Let us first review the device that is considered a true free energy source by some people, solar and wind. 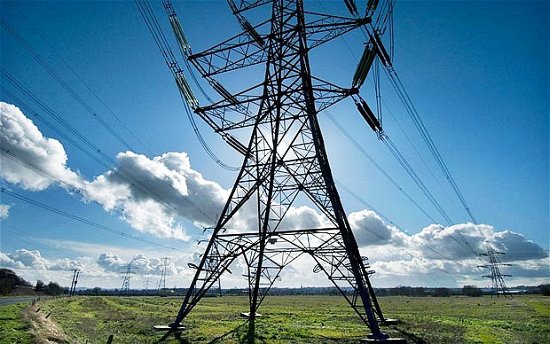 Solar energy: Fail
While the sun may provide the energy for free, the cost to capture and store that energy is very expensive. The solar panel used to capture electricity, the solar controller to manage the battery, the battery, and the inverter to convert it to household usable electricity, are all super pricey! The life expectancy of the solar panel is low, the output power will decline each year. The battery also has short life too. Between 2 to 3 years for the cheap model, 5 to 6 years for AGM, and some very expensive one can last for 25 years. Solar energy is more expensive than coal based or diesel based energy generation, many times over.

Yes, it is a green energy, but this review is about free energy. From a free energy perspective, solar energy start up costs are currently just too expensive, and that is not FREE. The chemtrails in the sky also create uniform clouds cover that dim the sun and reduce the efficiency of solar panel too.

Wind energy: Fail
The problem with wind energy is availability, it needs to be in a location where the wind is continuous, stable. The uniform clouds made by chemtrails also reduce wind too. It is also expensive.

Geothermal: Fail
Geothermal energy utilize the heat of the earth to produce electricity. It is risky and require a big invesment. This is usually done by the government, not by individual. The main risk of geothermal is earth quake. Because we have to dig deep in the ground and the operation may induce vibration at deep layer, earth quake may become frequent or more dangerous. There are some effort to reduce this risk, but since this is a new technology, we do not yet know of its reliability:
Geothermal without the Earthquakes

Hydro energy: Declining
Once upon a time, H20 water was a good source of energy, but ever since the “global weirding”, water has become more and more scarce. (See Map Below) How many people have a useable river near their house now? For people who have been blessed by usable river, hydro energy is a good free energy source.

Note: You will note that certain countries experience more droughts than others, but that the African continent and India suffer the most from serious droughts. 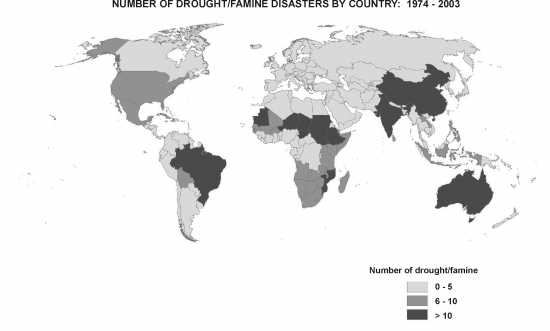 The devices that have claimed to be a “free energy device” with many concerns:

Magnet only motor: Fail
A common example is Howard Johnson replication, no one has been able to replicate this kind of motor yet. The replicator can’t even make the motor to rotate! Only the inventor seems to know how to make it work. Failed replication is sign of faux technology. Howard Johnson motor design can be read here:
www.rexresearch.com/johnson/1johnson.htm

Electric Motor: Fail
Some examples are Robert Adams, Komrey Converter, Rotary Attraction, etc. No one achieves more output than input yet. It is agreed that motor with single coil is weaker than the one using a core (iron inside the coil). Adding a magnet will definately increase the power. Adding a rare magnet will increase the power even more. The electric motor replication that uses a “neo magnet” supposed to be more powerful than a commercial motor that only uses a ceramic magnet, yet poor design and theory often resulted in a less efficient motor.
www.thehydrogenshop.com/Over_Unity_PDF/Robert%20Adams%20Thermal%20Motor.pdf – Instruction to make Robert Adam motor, no one get extra energy yet.
www.icehouse.net/john1/kromrey.html – Design for Komrey converter, no one get extra energy yet.
www.free-energy.ws/electric-motor-secrets/attraction-motor.html – Design for Rotary Attraction motor, even the inventor still do not get extra energy.
www.fuellesspower.com – sell free energy motor design, but no positive confirmation from free energy researcher.
www.free-energy.ws/edwin-gray.html – EV Gray motor. Once running with very little energy, but no one can successfully replicate it anymore.

Earth Electric Potential: Maybe
Some example are the Tesla aerial antenna and earth powered joule thief. It does produce output, but it’s too small to be practical for everyday use. It does generate something, it’s cheap to make, and the rest is free, but can only light an LED or something smaller.
www.youtube.com/watch?v=nPmSbvssYUc – Example of earth electricity utilization.
www.nuenergy.org/nikola-tesla-radiant-energy-system/ – Explaining Tesla’s capturing earth potential with aerial antenna

Crystal battery: FAIL
The goal is to make crystal produce voltage. Most implementation end up producing galvanic battery. The cost to make and the power it produce is very bad compared to commercially available zinc carbon battery.
An example of instruction can be found here: laserhacker.com/?p=326

Motor charger: FAIL
Some example are Bedini SSG, Bedini monopoly, with many other variations. Most implementation produce a weak motor with weak output and very bad efficiency if compared to commercially available charger. Even if it does work, the cost to produce the device would be able to cover the electricity bill for many many years. But no one able to replicate an overunity motor charger yet.
www.icehouse.net/john1/bearden.html , http://www.icehouse.net/john1/foreward.html – Design for self loop motor, no one can succeesfully replicated yet.
www.icehouse.net/john1/index100.htm – design for monopole motor. Only few people claim to have observe positive results, many many other people can not even charge battery.
panacea-bocaf.org/johnbedini.htm – Information for Bedini SG.

Coil charger: FAIL
Some example are joule thief, Imhotep relay charger, radiant charger, solid state Bedini, joule ringer, 555 – 2N3055 circuit, etc. Some aspect of this device was explained at previous article. Most implementation can not even properly charge the battery because the output is too small, no longer a charger anymore, but just battery rejuvenator. Many implementations can’t even compete against a commercial charger. The price is cheap, but still more expensive that cheap charger from China.

Coil induction: Fail
An example is Gegene, which use flat spiral coil to capture the induction from induction cooker. Other example is Tariel Kapanadze Generator. They may be to power light bulb, but no one able to closed loop it yet. Lighting light bulb do not require spesific power, they will lit even with low power. The brightness may not indicate the pwoer being used.

Scalar fuel: Maybe
Some example are joe cell, the hull effect, crystal, cemenite. Some people claim they can produce a fuelless operation, but the condition is not stable. Many people are able to increase the power / mileage of an existing system. The hardest part is the setup. Once the system run, the boost would not consume anything.

Case example:
– the hull effect : work only at spesific rpm, but will really increase power/mileage at that working rpm
– joe cell: some people do obtain fuelless, but no one able to do it again. Most people can not even increase their car power/mileage. Most cell sit on the desk for testing.
– crystal: there is one success case, Jim Clark, able to increase mileage / power considerably, but mention the implementation will need ECU / fuel mix change modification. Otherwise the effect can be unnoticeable on standard gasoline based car, but work great better for diesel based car.
– cemenite, my own invention : will increase power / mileage up to a certain point, where an ECU / fuel mixture modification is needed. Commercial version do not have this limitation but only available in Indonesia.

Mechanical: FAIL
An example is gravity wheel. Many people can not even make it rotate 360 degree. Some that utilize flywheel also see deceleration. 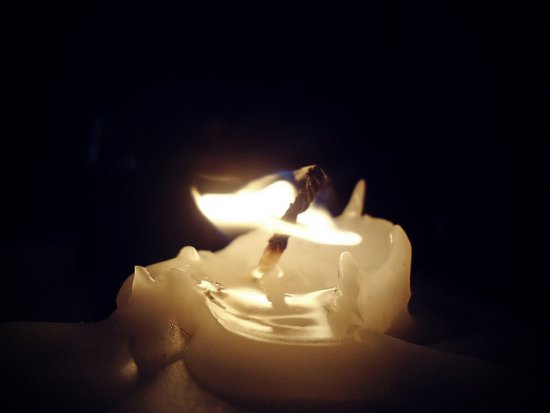 Unfortunately, the future of the current technology to create free energy is not so bright. Thousands of home researchers struggle to solve this problem daily, only to fail repeatedly. Many were repeating the mistakes of their predecessors.

It is unfortunate that there are no websites on the internet that can help the newbie out. Save them some time with the knowledge of failed experiments would be helpful in moving these ideas forward. It also seems that the free energy movement has become stagnant for decades, where is the progress?

How to recognize failure
Complete measurement is very important to know if you have failed or not. Most people ignore this step. For example, if you make a charger, then measure input power and the time it needs to charge a healthy battery. Some people get excited seeing how fast the charging voltage climb on a bad battery, that is not something to be excited about. If you can not exceed the performance of commercially available charger, then you obviously failed.

Another example, LED lighting using coils. Many people were excited that they can lit light with very small power. They do not realize that even that very small power is still very inefficient. Even though many “expert” of free energy claim that LED, neon, CFL and CCFL is powered by voltage in reality, what power light is current. If you need only voltage, you do not need to crank up the input current just to make it brighter. A high power LED need 20mA at 5V according to wiki. So, if you need 50mA just to lit a LED at 12V, the it is obvious that you failed. Light bulb lamp also often being used to demonstrate free energy, when in reality light bulb can be lit with small power. Although the brightness can be used to indicate how much power was being used, the video or photo may not be able to show the real brightness of the lamp. Most fake video use dim room for the demonstration. In reality, video won’t show the filament even on a brightly lit room.

It is very important to know the limit / the requirement of the load before deciding that you get free energy.

If you have tried a few of these experiments and you would like to be part of an online community, please let us know. I think it’s important to help one another, and so many people are really not only in need of free energy, but I think together we can actually make it happen. We can LEARN from each others mistakes and speed up the process by having some encouraging results. We can share our failures with one another which only helps us ALL in the long run.

I may update this article in the future with other failures of previous researchers.

Please contact me anytime, bring something to the discussion, or just drop a line. I would love to help!