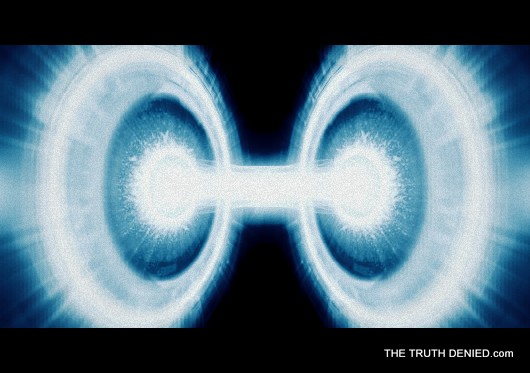 You may be asking yourself, what on earth is teleportation and why is it even necessary ? You might even think it’s something cool.  Do you  remember the famous StarTrek* series which depicted one of the crew members  entering a type of  transporter device that converted them  into an energy pattern (a process called dematerialization), then “beamed” them to a target, where they were reconverted into matter or (rematerialization), then you have seen teleportation in action already.  Hence “Beam me up Scottie”. Well that’s not the only teleportation that exists.

Ever heard of the phrase “quantum entanglement”?  Einstein once  referred  to it as“spooky action at a distance”, when he  had set out to disprove Quantum Mechanics. Later, The EPR paradox stumped Bohr  (the famous Danish physicist who made foundational contributions to understanding atomic structure and quantum theory . He was also a contributor to CERN) . CERN physicist John Bell later  resolved it by thinking of entanglement as an an entirely new kind of phenomenon, which he termed  “nonlocal.”

With that being said, Time magazine describes entangled particles  as ” the dysfunctional couples of quantum physics.” An example is that of a  of  long-distance relationship  that didn’t really work out and every time you and your significant other got on the phone or exchanged an e-mail you wound up getting into a fight and feeling a whole lot lousier than you did five minutes before? That’s action at a distance.

In 2012,  Chinese physicists achieved quantum teleportation over 60 miles, and according to Extreme Tech,

“Chinese researchers haven’t actually made a photon disappear and reappear 100 kilometers away; rather, they’ve used quantum entanglement to recreate the same qubit in a new location, with the same subatomic properties as the original qubit. The previous record for transmitting entangled qubits was 16 kilometers, performed by another Chinese team back in 2010.”

This is an  amazing break-through  because prior  experiments only worked with one out of every 100 million attempts!

“The point of “entangled particles” is that the Delft researchers proved the principle by isolating target entangled electrons inside two supercooled diamonds placed 10 meters—or 33 ft.—apart, creating what one of the physicists described as “miniprisons” for them. They then maniupulated their spin rate and determined that the behavior of one indeed continued to determine the spin of the other, and vice versa, even at that distance. Something similar had been achieved before, in 2009, by University of Maryland researchers, but the experiment worked only one out of every 100 million attempts. This one succeeded 100% of the time. Next, the Dutch plan to expand their work—literally—trying to see if the quantum entanglement holds at a distance of 1 kilometer, or .62 mi.”

So what is the importance of teleportation  and what is it’s application used for ? You guessed it! Cryptography, and secure communication links. Modern cryptography is virtually unbreakable, unless the encryption key has been  compromised , and it can be very hard to get that encryption key to the receiving partner without other people (other intelligence agencies) listening in. With quantum teleportation, you could teleport the encryption key, making man-in-the-middle attacks virtually impossible.

Has teleportation of data been achieved?

Where can I buy my new quantum computer? April 2015: Quantum teleportation on a chip achieved.

“The core circuits of quantum teleportation, which generate and detect quantum entanglement, have been successfully integrated into a photonic chip by an international team of scientists. These results pave the way to developing ultra-high-speed quantum computers and strengthening the security of communication.”

Quantum networks aren’t  available at the moment, but they  aren’t that far away either. Just like the inception of the  internet, the first real quantum network will link up the world’s universities, laboratories, and military installations first (if they haven’t done so yet!)   and  eventually become available to offices and homes.

Several high-level programming languages for quantum computers have been developed, even though the computers themselves don’t yet exist. Not yet anyway!