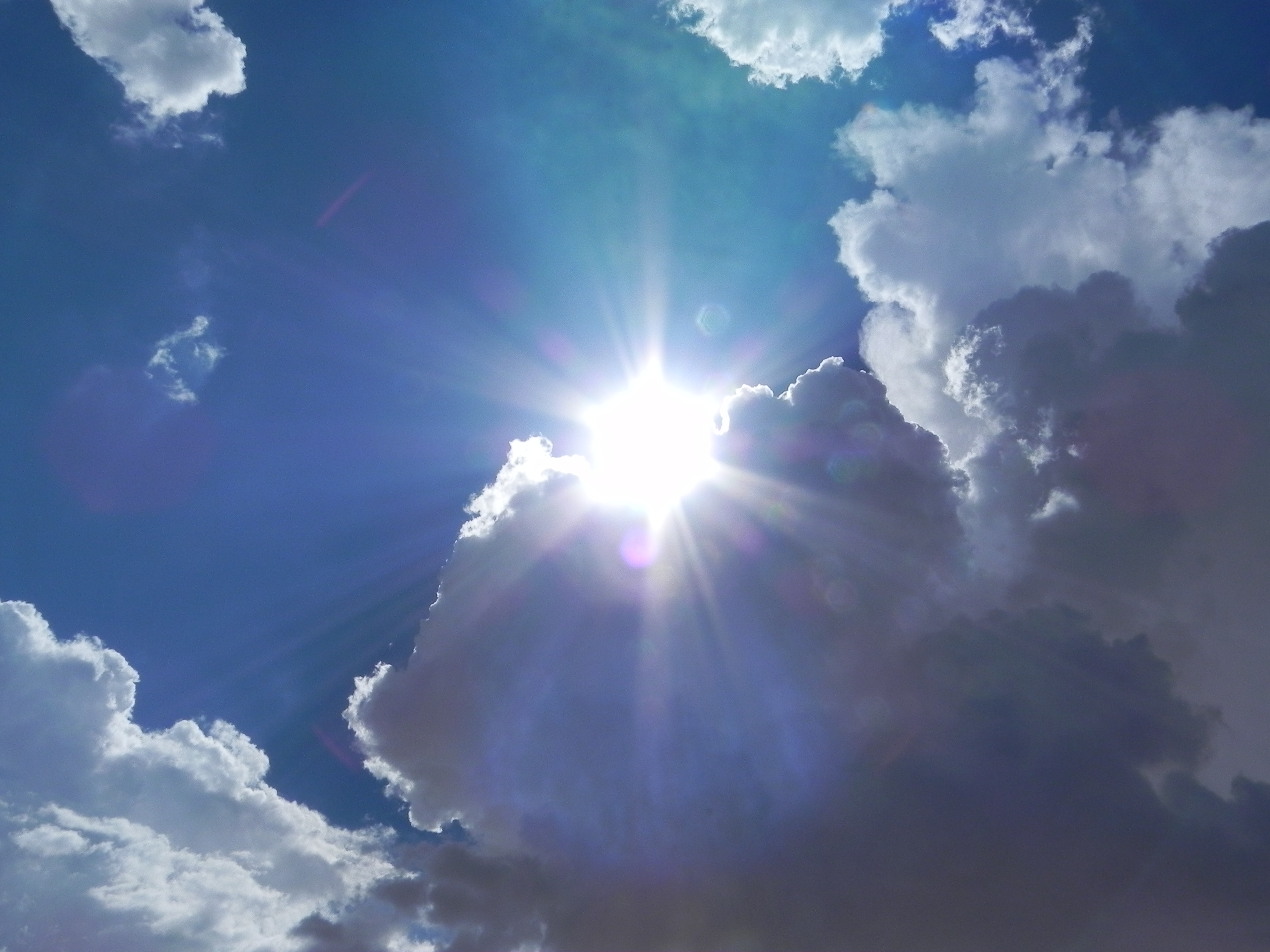 Cathy Bilsky is a new addition to our Radio show !  She will be conducting a Power Prayer every Tuesday at the top of the first hour of the radio show. Cathy is teaching thousands about a Quantum Leap that is occurring on our planet, right now, yes TODAY!  Want to help speed things up?  Well here is the transcript  of the prayer right here, that she did LIVE on the show on Tuesday night , September 18th at 8PM EST. Powerful Stuff PLEASE pass it on!

We are REACHING OUT to all of Humanity on this one!!!!

“Time to tie and bind skull and bones jesuits, black pope and all secret societies that they are connected to.No other person helped me write any of this. I take full responsibility for all written words. ”   Cathy Bilsky
Let there be light ! In the name of the presence of God, which I AM, through the magnetic power of the sacred fire vested in me, I COMMAND:
I call to the Creator of all asking for permission to tie and bind the skull and bones jesuit dark energy on the planet along with all the other off shoots secret societies that they are part of including the Illuminati; Bilderbergers; Council of Foreign Relations; Tri lateral commission; the Vatican /Church of Rome; jesuits; putting them in positions of harmlessness. I also ask that anyone who reads this prayer will amplify this energy 100,000 fold and they are put in bubbles of invisibility of protection. I humbly give thanks for this opportunity to serve.

I call to Michael the Arch angel to take your sword of blue flame and cut all ties the skull and bones have to anything or anyone on this planet. We start cutting ties to their energy from when they first began in 1832 to its founder William Owen Russell. Going backward even farther in time to when he went to Germany and met with the Bavarian Illuminati. We cut all the ties they have to each other including the Vril Society: Thule: the order of the new Templers; Jesuit order and the Templar order. We now violet flame that energy sending violet flame through all the ties and binds that connect them to each other searing them from each other and all black magic they create as a group… from now through eternity.

We put in a bubble of light the energy and all the names of the skull and bones; order of death, the order, skull and crossbows, scroll and keys and any other secret name they may have may spirit insert now. As we blaze the bubble of names with the violet flame it will transmute all energy to nothing. As this is happening we cut all ties to all these names have to pirate energy and the might is right -rape –pillage- plunder of everything on the planet. As this is transmuted by the violet flame it now has NO energy to feed from.

We also cut all ties to all their rules and oaths that bind them together including their rule book; Liars hell(revealing process); all thoughts of a New world order; live by the rules, die by the rules; oath of non-disclosure; oath of a scull above any other; war is peace; reverse language; having pretend conflicts with each other (also known as conflict management) as well as all their selfishness and greedily wanting of material possessions and power including the statement of “the dawn of a new day.” We now cancel clear all this energy 24/7 365 days a year from now through eternity.

We are now cutting all ties to all Legacy’s; “Soul Mates”; Knights and Patriarchs as well as breaking all oaths, vows, initiations curses that have bound them through the initiation of fire & tattoos. We cut all ties they have to each other through all initiations taken individually or group as well as through their brandings , marks and all secret codes of language.

We cut all ties to all their satanic worship whether by the names of Lucifer, Satan or Set, the god Wotan and the sun god Ra (or whatever names they have may spirit insert them now). As we cut all this dark energy from the planet, we violet flame that space to transmute all dark energy back to light going backwards and forward in time from now through eternity.

We cut all material possessions from them sending that energy back to the Creator to clean it up then sent out to all the light workers and activists working toward healing and saving the planet. Let all their wealth now be reversed and sent back to those they have stolen from. NOW!!!

We cut ties they have to all time starting from their watches they are given during initiation to the manipulation of time thru time/space/ programs. We cut their watches free from them, violet flame the watches to transmute all energy and reconnect all the watches to the creator. As this is done we now COMMAND the watches to run 10 minutes slower than correct time…or break down. May the energy of being 5 minutes ahead of all others be transmuted and neutralized. We see all their past, present and future programs breaking down and being replaced with programs that are good for humanity and the earth. NOW!!!

We cut ties to all their misuse of sacred symbols including the Nazi swastika. As we cut this and all symbols free, we now reverse all of them to their proper direction and in the case of the Nazi swastika when anyone looks at it may it be automatically reversed so it now brings only peace and prosperity back to the planet. We also cut ties to the symbol of the scull and crossbones everywhere on the planet. Violet flaming that energy to light now reconnecting it to the Creator so it now becomes meaningless having no power.

We cut ties to all their stolen artifacts including Geronimo’s skull filled with turquoise , horse bit and straps; the scull of Poncho Villa; Adolf Hitler’s silverware; the skeleton known as Madam Pompadour; the scull of General Toreros’ and any other artifact that has come unto their possession including the Spear of Christ. We call the violet flame to transmute all dark energy done to and with these artifacts to tie and bind any race or culture so they may have dominance over them. All these souls are set free. Now we reconnect all of these artifacts to the Creator and command that they become neutral. We see all these bounded souls being set free. We see all the artifacts being returned to their rightful owner and the Spear of Christ destroyed.

We now cut ties they have to their TOMB; all symbols inside the tomb; the number 322; Campus Yale chapel and Yale University; all influence and power world wide. We call the Goddess of Truth and Justice to bring all your secrets to the surface so the whole world may see. Giving the world the wisdom on how to correct the damage done to the earth and all life forms.

We call to Michael the Archangel to cut all ties that all skull and bones members have between them that creates a beehive reptilian consciousness that has a need for genocidal warfare on the planet. We cut all ties you have to all blood lust and sucking the energy life force from all humans. We again send the violet flame through all this energy to transmute it back to light and now send it back to the Creator to transmute and return to us a loving kind peaceful caring neutering golden age of divine enlightenment energy.

We call to the Higher selves of all bonesmen and women and ask that they now stop doing satanic work, stop trying to play God, stop trying to manipulate the planet through all your self serving programs like your education policies; manipulating the press and mass media; and drug smuggling to now step into the light of the Creator and do works of good. If they choose not to, which is their free will; I ask their higher selves and guardian angels to put them all in positions of harmlessness allowing a light worker to take their place bringing us into the Divine golden age of enlightenment.

We call to the Higher Selves of all bonesmen and women to open up even more the hearts of human hybrids that have more human DNA than reptilian so they now have more feelings, compassion along with the courage to stand up for what is right and think for themselves . Having courage to speak and tell all. We see all the truth about the scull and bones as well as all secret societies coming to the surface.

We see all the power of the secret societies becoming neutralized which allows people to have a spiritual awakening all over the planet. As all life forms reconnect again to the creator they are given their Divine missions and Divine purposes becoming an entrepreneurial creative society again. All cultures, races and religions being accepting and harmonious with each other. Allowing the best of spirituality to manifest on the planet. NOW!!!

Please pass this prayer on to everyone you know!  Also , if you wish to contact Cathy Bilsky, the following is all of her contact information: Mahalo

“Angelite-Om is comprised of a group of individuals dedicated to providing alternative healing possibilities to the public. Due to the success we have experienced with Angelite, we were inspired to create a line of specialized healing products. http://www.angeliteom.com/

Guest on the show today : Cathy Bilsky of Honoka’a, Hawaii

http://angeliteom.com/blog/?p=26  is her blog site on Natural Healing

One thought on “Quantum Leap POWER PRAYER For the Masses!”