Deborah Tavares talks about your rights and Smart Meters!  Let’s talk about the deception of so-called SMART meters and the  push for a Global Energy Grid [Global Governance—Technocracy] www.refusesmartmeters.com

The electric companies will tell you it’s “safe”. They will deploy them without your knowledge. They look like this, check your home and see if you already have a SMART METER INSTALLED.

If it looks like this photo, you are one of the unlucky residents who has already had the Smart Meter installed . 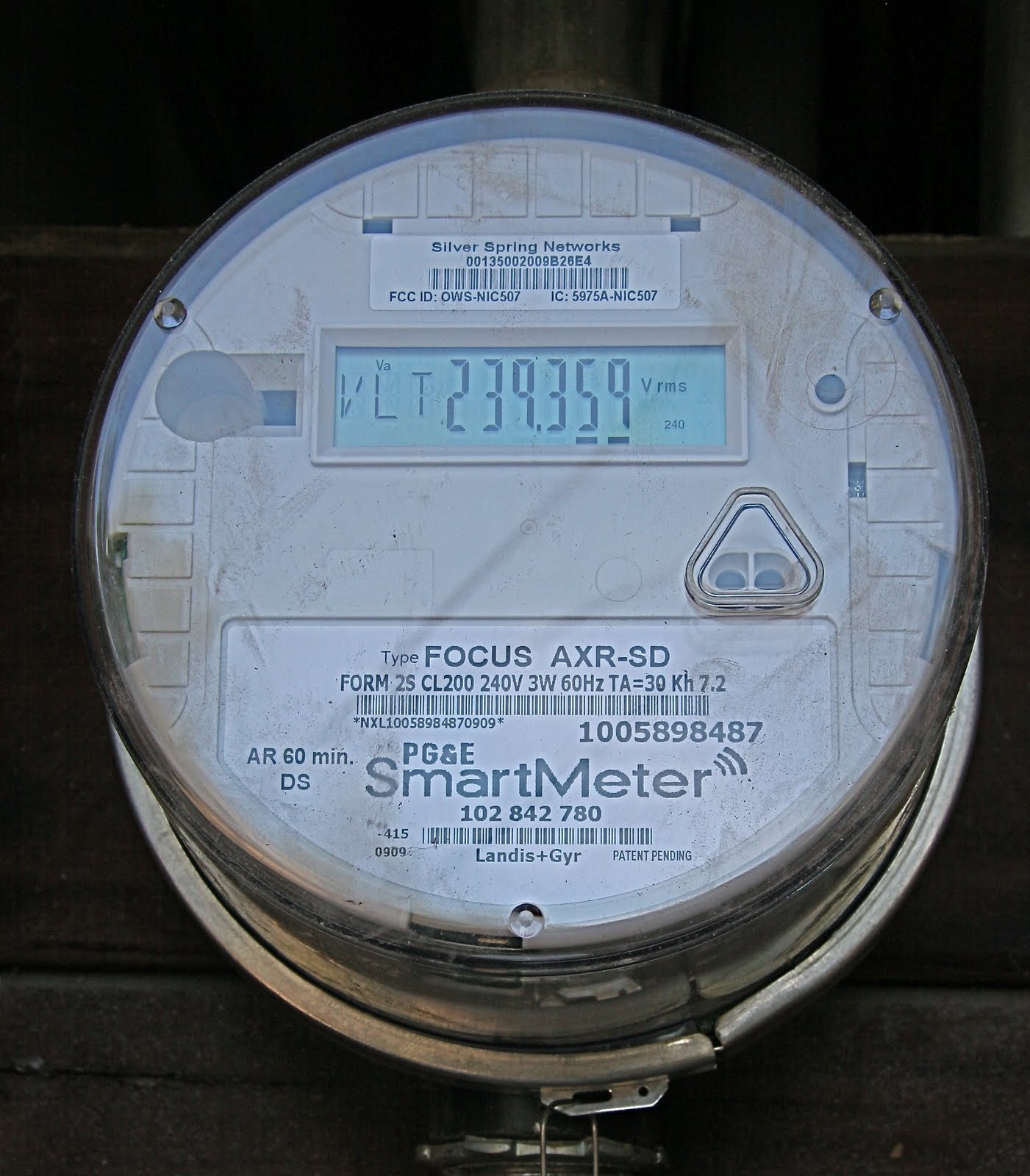 Here is one way to make sure your analogue electricity meter stays put and not removed without your permission replaced by a Smart Meter. Look up the dangers of radiation from one smart meter and think about the effects when thousands are transmitting. This is just the beginning…smart Gas, smart street lighting, smart water meters are only the beginning. They have the capability to spy on you and smart chips are coming in your appliances that will communicate with the smart meter to monitor your use. Plus data mining with the results. http://www.youtube.com/watch?v=9eDxEZ_vlOo

HOW TO REMOVE A SMART METER:

“The electric company put a “smart meter” on my bedroom wall! I didn’t even know it was there, but mine and my husband’s health started to suffer horrifically. Then I saw the meter and put the puzzle pieces together. I even bought a radiation meter. It’s a constant bath of radiation, as if I put my computer in bed with us. Then it sends out powerful “microwave” signals as well! Like cooking your brain and body. We bought an analog and changed it back.” http://www.youtube.com/watch?feature=endscreen&NR=1&v=IrLF19BzIBI

This is  eye opening!!! Please listen to the show here because Deborah Tavares offers not only the facts and the experince, but hope and remedies for the public.

How to purchase an Analog Meter

You can also buy them on eBay.com here:
http://www.ebay.com/sch/e_kid123/m.html?_nkw=&_armrs=1&_from=&_ipg=&_trksid=p3686
These are analog meters with a numerical readout (not digital). They are used but refurbished, and their accuracy certified by a firm in Florida. Shipping is FedEx Ground, and it usually arrives in 1 to 2 days for CA addresses. They will also ship out of state. (The photo here is not a direct representation of the meters they sell, but very similar to their model.)

Please see the comments on the site, there are many residents who successfully removed there smart meters with no problems whatsoever!

VIDEO on HOW TO REMOVE your SMART METER!

“The electric company came and got it. BY THE WAY we just received a certified letter from SDG&E saying everyone with SDG&E can now OPT OUT. They’re charging a $75.00 fee to opt out (a one time fee) and $10 more per month (to pay the meter readers no doubt). We’re opting out, and asking our neighbors to do the same thing. Did you know that in ancient Rome the waterways were made of solid lead pipes. Did you know that the Roman civilization “disappeared”. (Fall of Rome) Think about it.”

I too called the electric company in Southern Arizona, and opted out of the smart meter installation, and I requested it just in time! They are deploying them in my neighborhood this week! They said they would send me a notice as to how they will handle my current “OPT OUT” once they (APS) clear it  with the Arizona State Utility Commissions  http://www.azcc.gov/Divisions/Utilities/   I imagine it means what the resident above had stated, they charged him $75.00 to opt out.

Want to help stop neighbors from not opting out of the smart meter? Create awareness! Deborah has flyers and signs! It’s important to get all of your neighbors to opt out as well! The RF signal travels roughly 1000 feet from the meter, so we suggest that you get everyone within 1000 feet of your home to opt out as well.

NEED HELP WITH FLYERS? Deborah Tavares has them for you at no cost whatsoever!

More help and contacts for you, KNOW YOUR RIGHTS!

Please feel free to contact Deborah Tavares with any questions at www.refusesmartmeters.com (Removing the Smart Meter)

21 Responses “Deborah Tavares talks about your rights regarding Smart Meters! How to remove and how to OPT OUT!”