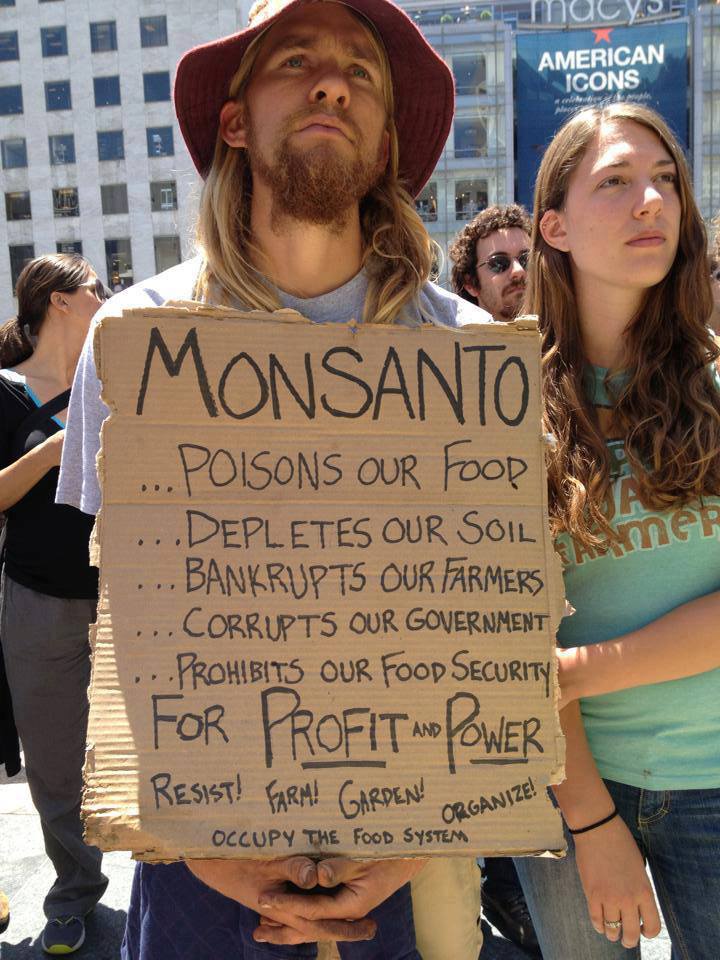 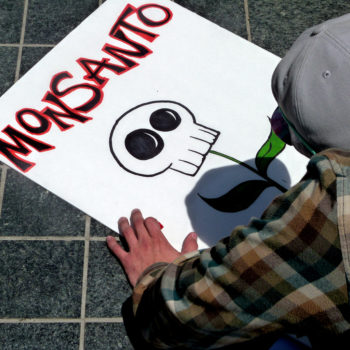 FOOD DEMOCRACY NOW has a petition…

Tell Congress to Repeal the Monsanto Protection Act at this link

Our President signed H.R. 933 into law on March 26, 2013, which contained the Monsanto Protection Act, ignoring the urgent pleas of more than 250,000 Americans who asked that he veto it. This Act is known as the Consolidated and Further Continuing Appropriations Act 2013, and it expires at the end of the fiscal year on September 30, 2013. (This same amendment was originally included as Section 733 in the June 2012 initial draft of the FY2013 Agriculture Appropriations bill in the House of Representatives.)

“Just Eat Cake” is Monsanto’s message to the Public. Why? You ask.

Within this act, under the “farmer assurance provision” (Section 735, also known as the Monsanto Rider), farmers are supposedly protected when a previously approved and deregulated biotech seed becomes the subject of lawsuits. Basically, even if the safety of a crop is problematic, farmers can continue to plant and grow potentially harmful crops without the legal intervention of federal courts until a judicial decision has been made. This is obviously an industry ploy to continue to sell genetically modified seeds (GMO’s). So, just “Eat Cake”, right? It has been proven that GM seeds do not have the nutritional value that our bodies need to thrive and are potentially harmful in many ways. And now, even though the crops aren’t safe to eat, farmers will continue to sell these same crops to the public! 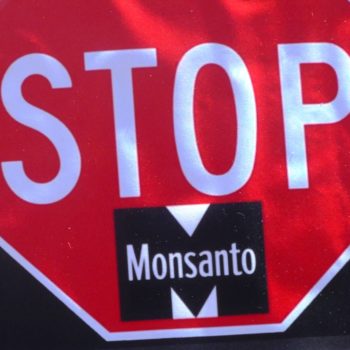 Some of our senators are also speaking out against the act:

He explained “To avoid public scrutiny, the ‘Monsanto Protection Act’ was quietly and anonymously inserted into the continuing resolution passed this March to avert a government shutdown.”

But on May 23, Senator Thad Cochran (Miss.) and Senator Roy Blunt (Mo.) blocked his request! (SEE THIS LINK FROM C-SPAN)

Did you know that this same Senator Roy Blunt, who is a part of the Senate Committee of Appropriations, has received $74,250 over his political career from Monsanto alone and it is one of his top 6 contributors?!

OPEN SECRETS.ORG displays it all at this link.

So, how do the farmers feel about this? See the video below.

MANY groups like the National Farmers Union, Food Democracy Now, American Civil Liberties Union, Sierra Club, Environmental Working Group, Consumers Union, the National Sustainable Agriculture Coalition, and the Organic Consumers Association are shouting against this Act. Now you should speak up, as well! The Organic Consumers Association is asking us to write and call the Senate to Demand a Vote on Sen. Merkley’s Amendment! 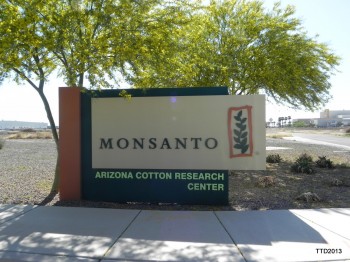 Monsanto may have ties with the Blackwater firm.

Remember the private mercenary army Blackwater, which caused a stir in Iraq, during an unprovoked attack in 2007? Well, apparently Monsanto hired the firm in 2008–09 to collect intelligence on activists rallying against GMO crops and other Monsanto activities. Moreover, according to documents, Monsanto paid Total Intelligence $127,000 in 2008 and $105,000 in 2009, even though Monsanto claims they “did not hire Blackwater” and nor do they “approve of the firm infiltrating any groups as was suggested in the Nation article.”

The article from The Nation in 2010 explains it more at this link.

Here’s Monsanto’s claim at this link.

Listen to more about the dangerous Monsanto Protection Act…(Video By Alex Jones @ InfoWars.com) 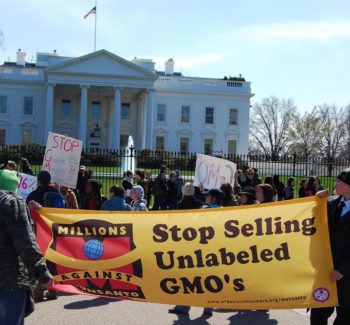 Moreover, we are still calling for the mandatory labeling of genetically engineered foods. It is a basic right for citizens in many other countries around the world, including Europe, Russia, China, India, South Africa, Saudi Arabia, Brazil, Australia and Japan, so why not the United States?

JUST LABEL IT.ORG ASKS YOU TO TAKE ACTION WITH THIS PETITION TO THE FOOD AND DRUG ADMINISTRATION

One thought on “Protect Yourselves from the Monsanto Protection Act”