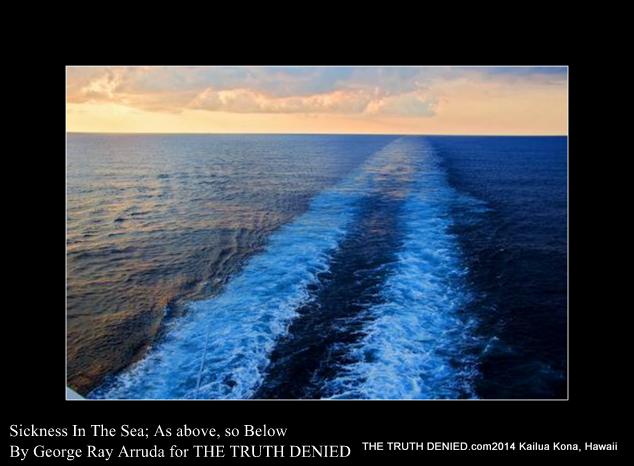 Sickness In The Sea; As above, so Below

The Pacific Ocean is a vast treasure of life on this planet,  it’s health and welfare reflect on all of the shores which define its boundaries. The rich diversity of life within the waters and upon the shores are an indicator of the overall health of this intertwined ecosystem. Laura James, diver and underwater videographer in Seattle was one of the first to focus on the dying off of starfish in the waters she so often visited. She notified local scientist, and shortly thereafter word traveled up and down the coast about the illness of the starfish. From San Diego to Alaska starfish were showing signs of sickness. In some areas the die off was nearly complete, leaving an ecosystem out of balance. The question is, whatis the source of the problem and is there anything that can be done?

Labs, Universities, Study Groups and Citizen Scientist are all attempting to unravel this mystery. One thing is certain, the ecosystem of the west coast will be altered for quite some time as a shift in biodiversity attempts to come back into a more balanced perspective. How that will play out in the future will be the topic of much speculation, scientific discussion and scholarly works for decades to come.

The radioactive particles in the waters of the Pacific have largely been ignored by investigators, as they focus on a viral or biological component to the starfish demise. What role, if any it may play in this has yet to be seen.

One starfish can devour over 50 clams in one week. A Bivalve is a type of sea life of which clams are but one type, they can and do filter the seawater at an astounding rate of up to 5 liters per hour(2 gallons). It would be safe to say that the Bivalve plays a very active role in keeping our seas clean. This function however exposes them to being sources of concentrated contaminants because of this highly active filtration role.

Then there is the strange change in PH occurring in the waters causing commercial clam producing companies to relocate to less acidic waters. In 2005 BILLIONS of oysters started to die in the waters of the pacific off of the coast of Washington and Oregon. Investigations linked the dying bivalves to a rise in ph of the oceans due to pollution from oil and gas.

And so a new factor emerges and we leave the sea for a bit to look at the role of acid rain on the soil. “Acid rain and other anthropogenic factors can leach calcium (Ca) from forest ecosystems and mobilize potentially toxic aluminum (Al) in soils.  Considering the unique role Ca plays in the physiological response of cells to environmental stress, we propose that depletion of biological Ca would impair basic stress recognition and response systems, and predispose trees to exaggerated injury following exposure to other environmental stresses.  Because Ca competes with Al for uptake, soil Ca deficiency would also increase the likelihood of Al toxicity and associated damage.” to quote a U.S. Forest Service study. This brings to light the role of aluminum in our eco system.

A common phrase spray painted on gutters throughout the west is “All Waters Flow To The Sea” or similar variants. Well the truth is just that, waters which pass through our forest in streams and rivers flow into the ocean and with them come an accumulation of gathered minerals and contaminants.

The next step is where and what the rain consist of. Many will say that rain is simply water, but in recent times rain has elements that may be contributing to this dying off of a very fragile ecosystem in the Pacific Ocean. Geoengineering is a word that many will not be familiar with, but many have heard under another name….Chemtrails. Some will become dismissive at the very mention of the word chemtrail, but before those people run away take a look at the recent Geoengineering conference that took place http://www.ce-conference.org/sessions  in Berlin, Germany.

“This geoengineering uses very small particulate aluminum to enhance the reflectivity of the atmosphere to reduce the effect of the suns rays on the surface warming, or so they claim. These particles do not remain aloft forever and eventually fall and through a natural course of events will eventually…Flow To The Sea.”

The symptoms of the sea may have it’s origins in the skies above. The aluminum may not be the direct killer, however it may affect the immune systems of these fragile creatures which occupy the bottom of the food chain on our sea floors. The close proximity of the investigators who dwell in marine biology world may not be able to see a source right above their heads.

We live in a world where small changes can produce massive results because of the fragile relationships of seemingly separate environments as water and air. Awareness, action and information will awaken the population to how truly wonderful and fragile our beautiful blue sphere is.

George was born in Honolulu, Hawaii, but spent his formative years around
Monterey Bay, California. Throughout his life George has worn many hats;
from wildland firefighter, to working for the Dept. Homeland Security’s
TSA. All through his life however he kept alive his love of writing which
began back in 1978. His varied background, and wide ranging interest have
provided a platform from which to create works of fiction and nonfiction.

4 thoughts on “Geoengineering: How sick is it?”