Roxy Lopez ~ Bio -
Personal Story - "THIS IS HOW YOU WAKE PEOPLE UP!" 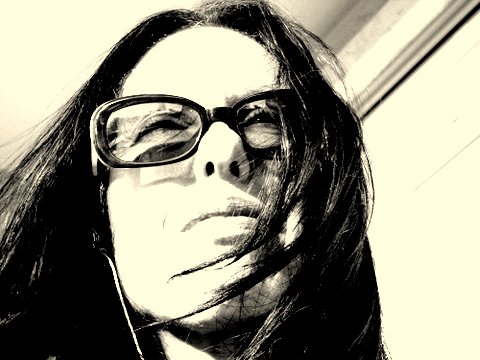 Lopez has been reaching out to the public most of her adult life regarding many subject matters that revolve around government secrecies such as GMO’s, UFO Sightings, Morgellons Disease ,and Chemtrails, just to name a few. Lopez states that “The TRUTH has been DENIED us all, and in this current age of technology we now afford the right to access it once and for all.”

The Truth Denied acquired worldwide attention when Lopez made a global stance against Geoengineering (aka Chemtrails), GMO’s, Fracking , environmental health hazards, Morgellons Disease, Gang stalking and illegal government surveillance programs that are increasingly on the up rise. Roxy opens the can of worms to the secrets that the Global Government is keeping from us all.

Lopez hosted her own radio show for nearly 4 years, and the library of information can be found at THE TRUTH DENIED RADIO SHOWS. In 2013, Lopez was offered a new radio and film broadcast through David Icke’s, THE PEOPLE’s Voice beginning 11-24-13, but it was cancelled when Icke Left TPV. Since then, she has had countless offers to host her shows at a number of radio stations, but has declined because of her involvement in two documentaries, which are soon to be released.

“Awareness is half the battle; the other half is taking Action. There is nothing more important than creating awareness so that we can make the changes that are abundantly clear to me as an investigator, yet completely invisible to most. Awareness is the key for creating the freedom that we are all seeking; by unifying the collective genius resulting in new ideas as a society The truth can no longer be denied.“

~ Roxy Lopez of the Truth Denied

Mission: To expose corruption in an effort to kick start humanities critical mind and in turn, create the necessary changes required for a life of freedom. Humanity must elect common law recognition of the inherent dignity and of the equal and inalienable rights so that all members of the human family become the foundation of freedom, equality, justice and peace in the world, which should be forever known as our Universal Humanitarian Rights.

“Awareness is half the battle, the other half is to taking Action”!

~ Roxy Lopez of the Truth Denied