Show also includes the soundtrack “We Want our Planet Back“, written and performed by Patty Greer

TOPIC: Crop Circles , The Cover-up, Myths and  her latest crop circle  film to be released.

In the beginning, Patty Greer  was drawn to the center of an English Crop Circle and laid down in it to experience the obvious energy . Her body had goose bumps from head to toe as she melted into the perfectly laid wheat, closed her eyes, and felt a presence. She knew she  was not alone!   Patty Greer had an out-of-body-experience that day and awoke with a new life plan that soon unfolded. Within the following 2 years she created 4 documentaries about UFOs, Crop Circles and 2012 with no previous experience, training or interest in film making whatsoever. She has received 6 prestigious awards and rave reviews from around the world. Listen to her interview now!

I first had the pleasure of interviewing Patty Greer about her film “4 Stories One Event Other Worlds” on The Truth Denied Talk Radio on April 26, 2013. Please check out that interview  INSIDE A CROP CIRCLE

Patty returned to our show on November 8th, 2013 to continue the crop circle conversation and to catch us up on her latest film which sounds like the best one yet to come! Patty is now working with other cutting edge groups, like  the Breakthrough Energy Movement. She  recently interviewed  UFO researcher Stanton Friedman, Travis Walton and Steve Pierce and others who she considers to be authentic experiencers  who have valuable contributions to humanity and her new film! She will also include many surprises in her new film, such as the famous case of an ET voice that interrupted  a UK Radio broadcast in 1977.

“The 1977 event was reported around the world with numerous American newspapers picking up the story from the UPI press agency.The broadcast also became a footnote in ufology as some chose to accept the supposed ‘alien’ broadcast at face value, questioning the explanation of a transmitter hijack. ” The reports remain a mystery to most and  no one has either proven  or disproven the alien being broadcast.

I have said it before, and I will say it again. Patty is an absolute ‘ wake up’ call for anyone who can lend an ear, a visionary to anyone who has the opportunity to view her film, and a catalyst to anyone who needs validation; relaying the idea that we are being visited by extraordinary beings who are leaving  messages of beauty in the form of crop circles worldwide. Patty is as real as it gets, and the film will touch millions across the globe forever.

Offering multi-award winning Crop Circle and UFO documentaries for open minds, like minds, and seekers. Dive into the epicenter of the Crop Circle phenomenon (Wiltshire England) laced with ancient spiritual history, sacred sites and stone circles. Druids and Croppies expose the magic of the land where Crop Circles have appeared for centuries. Filming in 2006, 2007, 2008, 2010 and 2011, Patty Greer offers some of the most illuminating and compelling Crop Circle footage ever!

Patty Greer has experienced more than 100 UK Crop Circles personally since 2006. She is a true “Croppie” and a firm believer in the phenomena, finding their messages to be very timely and illuminating. Greer is one of the only film makers offering untouched photos of the Orange Balls of Light * witnessed in and around the UK Crop Circles over the years. Her recent film offers two witnesses who saw “Illuminated Light Beings with arms, legs and a head come out of a Ball of Light!” The witness said, “My eyes don’t lie. It’s just my rational mind that tries to find a rational explanation!” Her images show the actual doorway where the Illuminated Beings came out.

Patty Greer won two EBE Awards for “Best Feature Film UFO or Related” at the International UFO Congress Convention Film Festival in 2009 + 2010. She also received the “2010 Best Musical Score Within A UFO Program EBE Award” for her original music soundtrack. She received the 2010 Moondance GAIA Award, “Presented to the person who seeks to elucidate and improve the spiritual quality of all life on the planet, and contributes to the betterment of the world spirit” and the “Moondance Audience Favorite Film” award for “Crop Circles 2010 Update – The Wake Up Call” and “2012 – We’re Already In It.”

Patty Greer films real people telling first-hand stories in the Crop Circles and sacred sites of Southern England. With no make-up, no hairdos, no BS and no scripts, she’s produced some of the most honest and illuminating UFO films to date that are NOT sugar coated.

Originally Patty had gone to the UK Crop Circles to heal her body from being poisoned by Mercury (silver amalgam) fillings in her teeth. She had been a professional musician for more than 30 years, and her life changed drastically without warning after visiting a faulty dentist. In less than a year his toxic fillings effected her hands badly and she was forced to live in gloves and band-aids. This lasted for 7 years , so she was forced to sacrifice her musical career, exquisite harps and pianos. Her social life was halted and none of the doctors could heal her – or they might lose their license for telling the truth about toxic mercury fillings. It was her desperation to heal that took her to the English Crop Circles. She had given up on humans and would have done anything!

Five documentaries later, the rest is history. As one door closed, another door opened and fortunately she stepped through it. Patty is completely healed now (2013) and has returned to playing a little piano once again. The movies feature her original music in the soundtracks and she offers a new CD of her harp music called “Autumn Glow” available on this website.

Patty was featured on the cover of UFO Magazine in 2011. Her work has also been featured in : Open Minds Magazine, Telluride Style Magazine, BellaSpark, and (Canadian) True Blue Spirit Magazine. Her movies have received rave reviews from around the world and she is a regular guest on a variety of different talk radio shows.

Patty Greer’s footage is featured in Steven Greer’s movie “Sirius” and no… they are not related.

Her work has been shared around the world and she was on a fast train sharing urgent information! Sadly she trusted the wrong movie distributors (3 times!!!) to get her work out to the world and to pay her with integrity. They failed her tremendously in every way possible, offering only a droplet of her true income for the 4 incredible movies that won 6 prestigious awards. Her train was slowed down to a screeching halt for two years, but her passion increased exponentially!

Patty Greer returned to the scene as a public speaker in 2012 and wowed a few audiences that didn’t see  it coming! She spoke at the “Transformation Conference” and sold every movie she had, the response to her talk was overwhelming. Patty spoke at the 2013 Roswell UFO Conference and was invited back for 2014 in less than a month.

Patty will present her most illuminating talk ever at the 2014 International UFO Congress Convention.

Movies:
“The Wake Up Call – Anybody Listening?”
“Crop Circles Update – The Wake Up Call”
“2012 – We’re Already In It”
“4 Stories – One Event Other Worlds”
“UFOs ETs Abductees and Brilliant Minds” 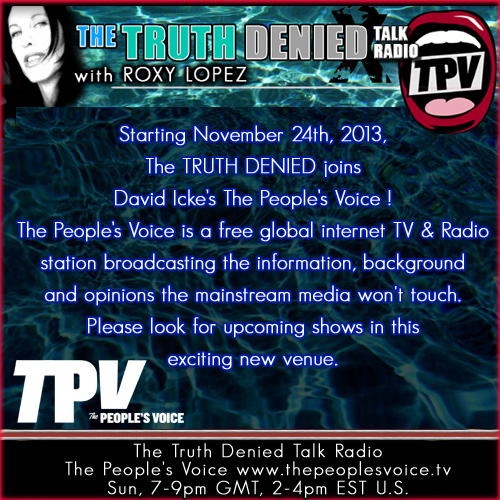