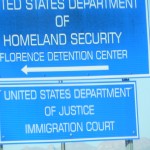 It’s a Virginia-based Open Source Center that tracks and analyzes over five million tweets, blogs posts and content on other social media sites around the world daily.

Don’t even get me started on the instability that the Global Elite themselves created, orchestrated and prioritized it on their agenda!

Let’s get real here!  The Global Elite are running scared.

The term these idiots are using for monitoring the general public is   “meme-tracking”, although they say its reliability is unknown. Believe me you; it’s a FEAR tactic, period!

And by the way, doesn’t this “spying” cause some sort of violation to our First Amendment rights or right to privacy? Or wait a minute; is this another one of those bogus NSA, Homeland Security Patriot Act scenarios?  You know, where the government is just “protecting us”.

Look people, please don’t buy into this and by all means please don’t let this creepy agenda get in your way.  Keep posting your anger along with your solutions, activism, your fundraisers and awareness campaigns.  DO NOT let this interfere with your sovereign rights, that by the way, are far more reaching than any government thugs fear tactics.

With 750 million people on Facebook alone, I say to the CIA, “good luck with that!”   300 million and counting in the USA alone, arrest me!

of The Truth Denied