Scientific flaw in chemtrails/HAARP response from a congressman 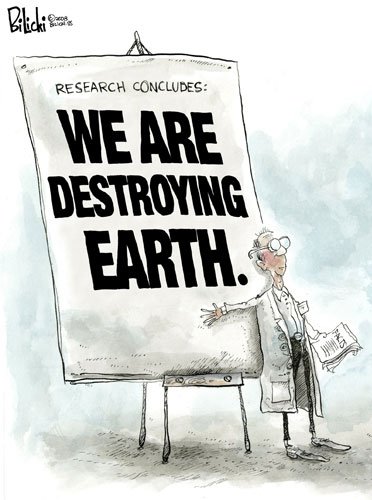 It is more than  unfortunate that people of major influence within our own  government  are denying the existence of Chemtrail and HAARP programs in America!

Here  is an example of such ignorance, or shall we call it  “plausible deniability”?

Thank you for contacting me to express your concerns with the High Frequency Active Auroral Research Program (HAARP) and your worries that lingering clouds left in the wake of airplanes are dangerous to air quality and are possibly chemical or biological agents released deliberately by government agencies. I value your point of view and appreciate the opportunity to respond.

I received my college degree in Chemical Engineering and I like to approach issues with a scientific perspective. Aircraft can naturally leave residual lines in the sky. The result of this condensation process is called a contrail and occurs as water is condensed due to exposure to cold air. Scientists have observed that water molecules cannot evaporate as the condensed water freezes, which results in a process in which the solid turns into a gas. Contrails can sometimes stick around much longer than your breath due to air temperature. Again, this occurrence is natural, and I believe there is no evidence to suggest nefarious activity by the U.S. government.

HAARP, meanwhile, is a joint Air Force and Navy endeavor to enhance knowledge of radio science, surveillance, and space systems. As summarized by the Department of Defense, “The HAARP team is investigating an atmospheric layer of charged particles known as the ionosphere. These charged particles impact long-range communications and space operations and HAARP’s goal is to understand this impact so they can improve these systems.” Although I do not serve on the House Committee on Armed Services, which has jurisdiction over the program, I will keep your concerns in mind should the full House of Representatives vote on related legislation.

Again, thanks for contacting me. It is my number one priority in Congress to represent the values and interests of the people of Montana, and your input is very helpful as I do. I invite you to visit my website, to sign up for periodic email updates on the issues important to you. I won’t flood your email box, but I will provide you with updates once in a while about activities in Washington that affect our lives in Montana. I hope you will sign up so that we can stay in close touch, and I look forward to hearing from you again in the future.

The response contain some scientific error. The errors are so serious that if the error is corrected the conclusion would have been different / the opposite. We have the right to be worried because what currently happen is not natural.

The reason why jet engine produce contrails is not because “water is condensed due to exposure to cold air”, the science explain:
LEOTC Project, Minister of Education, the Royal Society of New Zealand, The Kiwi Kids Cloud Identification Guide
mirror
“Contrails are formed when particles from aircraft jet engines mix with the water vapour in the air. The water vapour condenses and freezes around the particles causing long white trails across the sky.”

The water also condense not because of exposure to cold air, but because of particles that came out from the jet engine.

Contrails: What’s Left Behind Is Bad News
“Tests were performed with a NASA jet aircraft examining the effect of sulfur levels in jet fuel exhaust. During the airborne test one engine was run on normal jet fuel and the other engine was run on fuel that emitted exhaust with a lower sulfur content. The high sulfur engine, representing most jet engines on modern commercial aircraft, produced a contrail that lasted through a larger range of temperatures and formed faster out of the engine. The low sulfur engine did the opposite. “Aircraft generate an invisible aerosol trail which enhances the background level of condensation nuclei, in particular regions with dense air traffic at northern latitudes and near the tropopause”.”

a collection of papers presented at the 14th International Conference on Nucleation and Atmospheric Aerosols, Helsinki, 26 – 30 August 1996
“A series of experiments has been performed observing contrails formation of twin-angine jet aircraft (ATTAS-VFW 614 and Airbus A310-300) run with different sulfur containing fuels on the two engines at the same time. The fuel sulfur mass content was varied from 2 to 5500 ppm. The results suggest that contrails particles form mainly from soot particles. The higher the sulfur content the more the soot particles get activated as condensation neclei.” 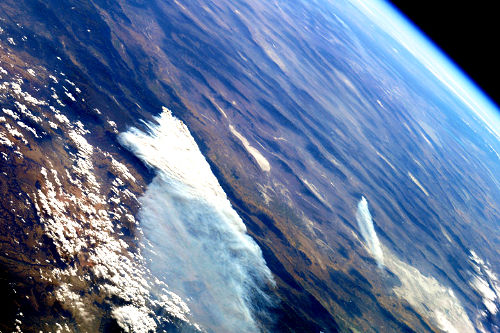 Why is this particle important? Because this particle play a big role in climate. The other name for particle is aerosol. And here is what science said about aerosol and climate:
Atmospheric Science | College of Engineering and Applied Science | University of Wyoming – Aerosols and climate
“Aerosols play an important role in the global climate balance, and therefore they could be important in climate change. Natural variations of aerosols, especially due to episodic large eruptions of volcanoes, such as Mt. Pinatubo in 1991, are recognized as a significant climate forcing, that is, a factor that alters the Earth’s radiation balance and thus tends to cause a global temperature change. In addition, there are several ways in which humans are altering atmospheric aerosols, not only near the ground (e.g. industrial emissions) but as high as the lower stratosphere (where they are continuously emitted by aircraft), and thus possibly affecting climate (e.g. through contrails) (3).

Aerosols force climate in two ways (4):
– direct radiative forcing: the scattering of solar radiation and the absorption/emission of terrestrial radiation.
– indirect radiative forcing, mainly by effects of aerosols on cloud properties. (A minor indirect effect involves the heterogeneous chemistry of greenhouse gases: these gases may react at the surface of an aerosol and therefore change radiative properties.)”

The reference that directly address contrails show a more certainty toward warming effect:
Emissions trading in international civil aviation by Öko-Institut e.V. Institute for Applied Ecology
“At cruise altitude, apart from CO2 it is above all NOx, water vapour, contrails and cirrus clouds that contribute towards the greenhouse effect.

According to the latest scientific knowledge from the TRADEOFF Project, it is assumed that aviation-related aerosols act as seed crystal in the formation of cirrus clouds (Mrasek 2003). Several studies have reached the conclusion that a positive correlation exists between aircraft emissions and growth in cirrus clouds. Cirrus clouds intensify the greenhouse effect, because, similar to contrails, they reflect radiation onto the earth.

Persistent contrails reduce not only solar radiation onto the earth’s surface, but also the quantity of long-wave radiation from the earth into outer space. On average, they increase the greenhouse effect, in particular during the night and over warm and light surfaces. It turned out that, for all periods of observation, the radiative forcing of contrails is greater that that of CO2.”

I am also confused with following statement “Scientists have observed that water molecules cannot evaporate as the condensed water freezes, which results in a process in which the solid turns into a gas.” Because water can actually evaporate directly from solid state:
Wikipedia – Sublimation (phase transition)
“Sublimation is the transition of a substance directly from the solid to the gas phase without passing through an intermediate liquid phase. Sublimation is an endothermic phase transition that occurs at temperatures and pressures below a substance’s triple point in its phase diagram.”

About HAARP, no matter how the congressman phrase it, HAARP is an attempt to modify the sky, to alter nature, like mentioned at:
Archive of http://www.haarp.alaska.edu/haarp/faq.html, Frequently Asked Questions about HAARP
“The research to be conducted at HAARP falls into two broad categories:

approximately 10 million Watts of prime power will be required when the transmitter system is operating at full power.”

The response from the congressman show that even when the people from the goverment claimed that they use science, in reality they can be wrong too. The lesson we can learn from this is to always verify their claim. Sometimes they can be plainly wrong in their conclusion because they use the wrong fact. We should let people know the truth.