Cemenite use helical shape based on ice experiment results. Ice provide an excelent feedback of the type of energy a device can produce. In ice we can notice how a device will alter the ice and the air inside the ice.

Ice was once used by orgonite community to proof the existance of orgone energy. Later I also found that ice had been used by soundofstar as proof.

Soundofstars provide the special frequecy used by John Hutchison to neutralize HAARP effect. The sound can be heard on this video bellow:


Sound of star use ice to proof that frequency can have influence on water.
Sound of Stars Proof
“When the distilled water is exposed to the standard mp3 frequencies and put the cup in the freezer moderate restructuring is noted, but when exposed to higher resolution frequencies the water is obviously affected dramatically. It is suspected that the water structure has become highly organized at a microscopic level. The reason for the cloudy dense appearance we believe is due to the water undergoing profound changes in geometric symmetry.

This overall process can change it seems in relation to the type of frequency chosen. It appears that in some cases frequencies may clear and structure or they highly structure and order.”

The site also mention that living being can be influenced by frequency harmony or disharmony:
“Well being and illness occur first in this “Percolation Zone”. Whether the patterns in this zone are disharmonious or harmonious, from this region the pattern spreads throughout the organism. Disharmonious asymmetrical patterns or negative chaos tend to cause illness and imbalance.

Harmonious symmetrical patterns produce beautiful flexible geometric symmetries energetically throughout the body and mind, and these tend to result in health and balance in the organism. Now, if we change the patterns occurring in this zone, then we would in turn change the entire composition of the rest of the organism because the organism would only be a sum total of all its patterns.”

I believe that we can achieve that with other means. Which can be geometry, magnetic, electric, EM radiation, etc. Since cemenite is a device utilizing geometry, I search for the correct shape.

I found that a simple spiral made of insulated copper can alter ice. It will produce different kind of ice on each spiral side. One side will be clear, the other side will be lumpy and foggy: 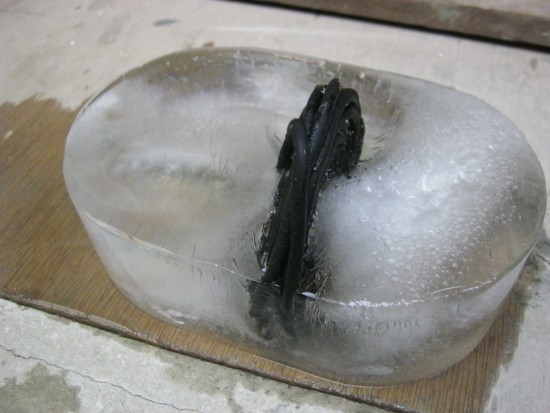 I currently did not find any scientific explanation for this yet. However, I believe, as conclusion from various experiment, that any device that will be used to prevent headache (caused by chemtrails, smart meter, Wifi, EMF radiation, etc) must produce only clear ice.

Spiral is not a good shape because it produce not just clear ice, but it also produce foggy ice. Device that produce both kind of opposite energy will bound to make the user sick if used too long.

Then I found that clockwise helix will produce only clear ice. 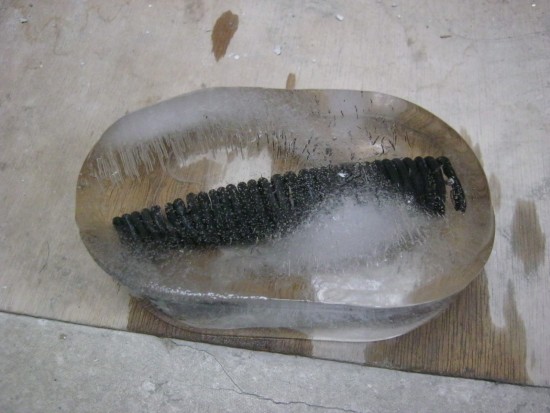 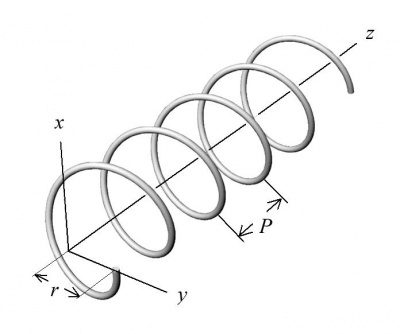 The dimensions of the helix are determined by the wavelength λ of the radio waves used, which depends on the frequency. In axial-mode operation, the spacing between the coils should be approximately one-quarter of the wavelength (λ/4), and the diameter of the coils should be approximately the wavelength divided by pi (λ/π). The length of the coil determines how directional the antenna will be as well as its gain; longer antennas will be more sensitive in the direction in which they point.

It is important to replicate cemenite as exact as possible. each little detail of cemenite is results of experiments.